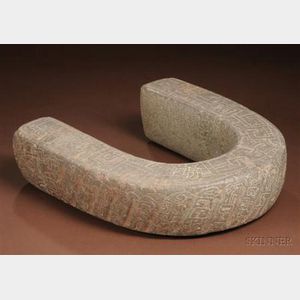 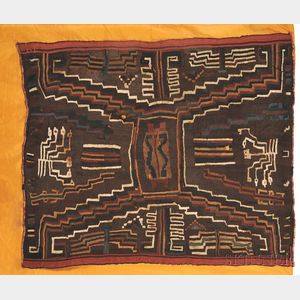 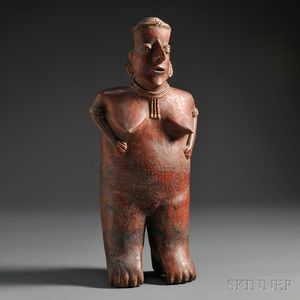 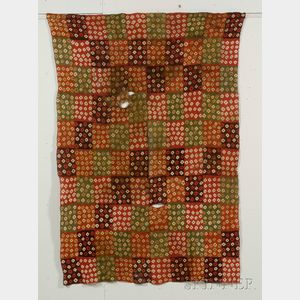 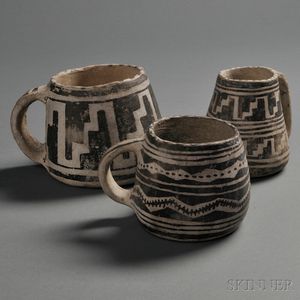 Pre-Columbian art provides a glimpse through time at the lives of the earliest inhabitants of the Americas. That many of these early carvings, pots, and textiles have been lost to weather, war, or the ravages of time, imbues those that have survived with special significance.

The arrival of Columbus in the new world and the advent of trade between Native Americans and Europeans marks the end of the pre-Columbian era in the Americas. The beginnings of art and culture in the Americas date back as far as 13,000 BC. The earliest known advanced culture was the Olmecs in Central America, followed by the Maya, who established one of the most complex early civilizations. Later cultures include the Taino in the Caribbean; the Aztecs, who populated much of what is now Mexico; and the Incas, who built up one of the largest and richest empires in the world.

Thanks to the arid environment of the Peruvian coast, prehistoric textiles and wood objects have survived here through the millennia. Only Egypt has equally well-preserved early wood carvings. Early Peruvian textiles are among the finest ever woven, and the pottery traditions from this region are rich and varied.

Pottery from the Southwestern United States can be traced back to pre-historic beginnings with tribes including the Anasazi, Hohokam, and Mimbres. Mimbres pottery is among the most collected in the world for its imagery and use of surreal figures.

Skinner understands the rich history and cultural significance of pre-Columbian artifacts and has had the privilege to handle several important collections of pre-Columbian art, including the collection of the late Italian tenor Sergio Franchi.  If you are interested in a pre-Columbian art appraisal or evaluation, contact Michael R. Evans, director of American Indian & Ethnographic Art for more information.