American Indian Art includes objects from the deserts of the Southwest to the icy Northwest coast, and from the lakes and plains of the Midwest to the woodlands of the Northeast. 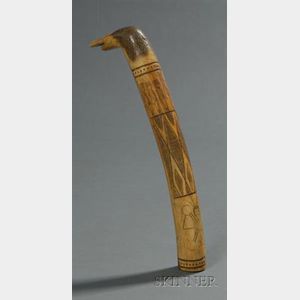 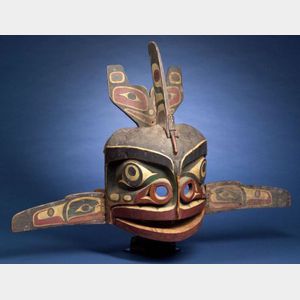 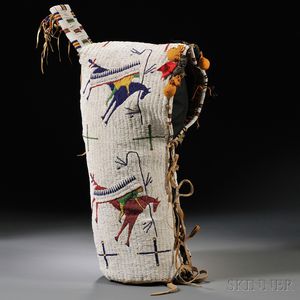 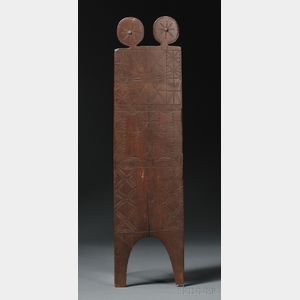 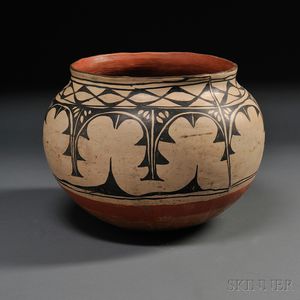 American Indian art evokes the times and places in which the indigenous peoples of North America crafted the tools, utensils, clothing, and objects they needed with skill and artistry. These objects from early American history show how the hands of skilled carvers, weavers, and potters shaped wood, wool, or clay into masterpieces. And, taken together, these works of art form a body of material culture that conveys a storied and significant history.

Plains Indians, including the Arapaho, Blackfeet, Cheyenne, Comanche, Crow, Kiowa, and the Sioux and Lakota once populated the continent from Texas to Canada, from west of the Missouri River to the Rocky Mountains. This large and diverse group of peoples embellished buffalo hide, deerskin, and cowhide with beads or quills to create clothing, moccasins, pipe bags, pouches, bow cases, knife scabbards, cradles, and children’s toys. While some Plains Indian material was made for the tourist market, many examples were worn and used by Indians themselves, making them all the more desirable.

Many well-known examples of American Indian pottery and textiles come from the Southwest, where the pueblos, including the Acoma, Cochiti, Laguna, Tesuque, Zia, and Zuni, produced bold designs that perfectly complement a modern aesthetic.

Skinner handles important American Indian art from the East to the West Coasts, from periods that pre-date the colonization of North America to the reservation period, with care and respect for the people who created these objects. Skinner regularly achieves excellent prices at auction, including $213,000 for an important Navajo Chief’s blanket and $303,000 for a Plains hide war shirt.