Korean Art at Skinner includes pottery, porcelain, paintings and other objects of value from antiquities through contemporary works. 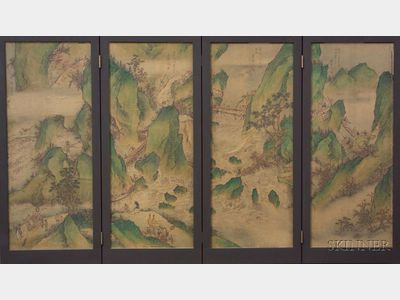 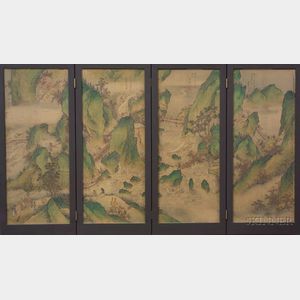 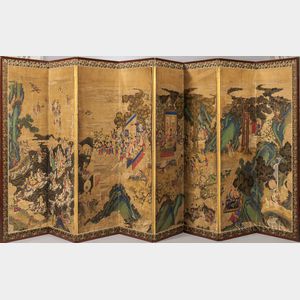 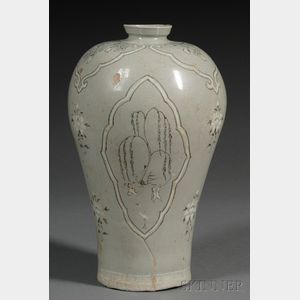 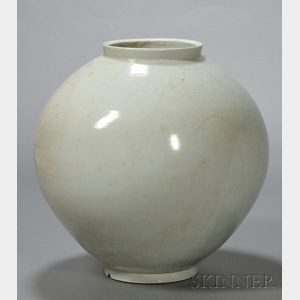 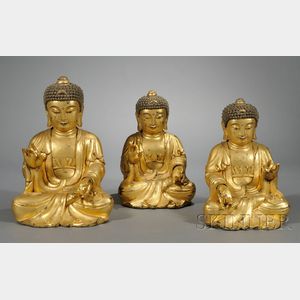 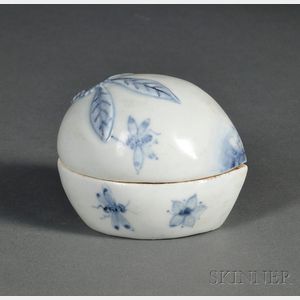 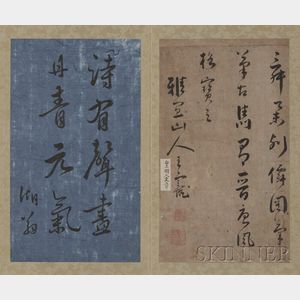 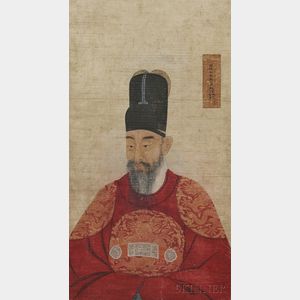 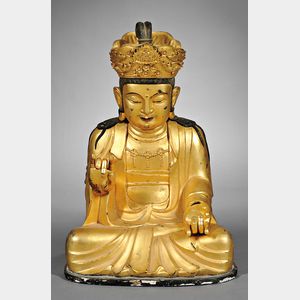 Korean art has been relatively less known to the Western world, but is now being recognized and appreciated for its exquisite workmanship and unique beauty. In the mid-nineteenth century, adventurous early travelers went to Korea, then known as a hermit kingdom due to its isolation, and began to introduce Korean art to the world. Since then, Korean art has continually increased in desirability.

As early as the 12th century, Korea’s celadon ware was praised as “the best in the world” by a Chinese envoy to Korea due to its jade-quality green glaze. In later years it became highly coveted by the Japanese. One of the most renowned collectors of Korean celadon ware was Toyotomi Hideyoshi (1537-1598),a daimyo warrior who invaded Korea and captured Korean potters as hostages. The Japanese also appreciated and coveted Korea’s buncheong ware, known as mishima ware in Japan. In contrast to the pristine celadon ware, buncheong ware was produced quickly, often resulting in a slightly uneven shape or glaze. It could be decorated with liquid clay or stamps, resulting in a natural, earthly and spontaneous beauty. Buncheong ware was particularly coveted by the Zen Buddhists who considered it ideal for their daily tea drinking rituals. Korean Buddhist paintings were also commissioned and collected by Japanese to decorate their temples and castles.

The reserved beauty of Korean art is perhaps epitomized by the white porcelain of the Yi dynasty, reflecting the refined taste of the royals and literati officials. White porcelain ware was used in ancestral rites as a symbol of the Confucian filial piety that Korea valued so highly. Portraits were profusely made for the same purpose, while ink landscapes were popularly drawn by Confucian scholars in their pursuits of academic excellence and aesthetic satisfaction.

The Korean art scene is now bustling with up-and-coming contemporary artists working in Korea’s long art tradition. Judith Dowling, Director of Asian Works of Art at Skinner, sees an opportunity to introduce contemporary Korean works of art to Skinner. Dowling’s expertise and enthusiasm have expanded Skinner’s reputation as a premiere auction house for Asian works of art in the international market. Specialist Suhyung Kim has extensive knowledge and experience with Korean art, including her work at the Museum of Fine Arts, Boston, as a research associate in the department of Korean Art and co-author of the book MFA Highlights: Arts of Korea. She also served as the managing editor for The International Journal of Korean Art and Archaeology at the National Museum of Korea in Seoul. Whether you collect antique or contemporary Korean art, Skinner is dedicated to bringing the finest art to auction. Find out more about consigning at Skinner.