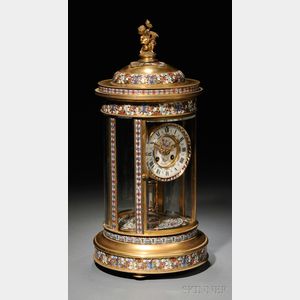 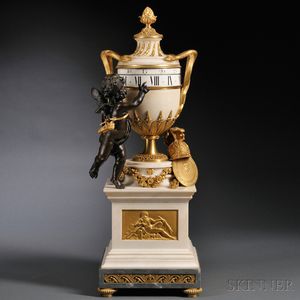 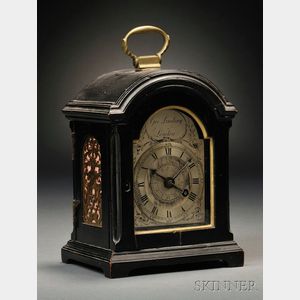 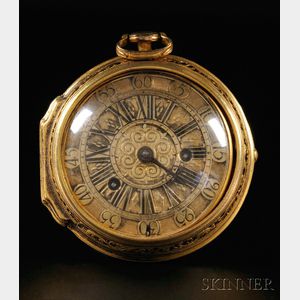 The art and science of clock-making began in Europe in the 15th century with the invention of the first mechanical escapement. In the 17th and 18th centuries, France and England led the continent in both artistry and technical innovation in the production of luxury timekeepers.

The late 17th century was the golden age of English clock-making. Famous clock-makers from this period include Thomas Tompion, Edward East, William Speakman, Thomas Lumpkin, and John Harrison, the inventor of the marine chronometer.

The French are perhaps best known for their beautiful ormolu, boulle, fire-gilt bronze, champlevé, enamelled and marble cases. But the French created mechanical masterpieces as well, including a regulator by J.J. LePaute that Skinner sold for $106,650. The clock runs for nine months between windings among its other technical marvels. Mechanical sophistication and decorative appeal are both apparent in a white marble and ormolu annular dial clock, where a bronze putti points to the time shown on a rotating porcelain dial.

Today, clock collectors seek out examples with complicated mechanical elements and opulent decoration by important makers. Antique clocks with these attributes that have survived in pristine condition are the most desirable. Skinner regularly achieves record prices for fine French and English clocks.

To learn more about a single family heirloom or an extensive clock collection, contact Skinner for an antique clock appraisal or auction evaluation.