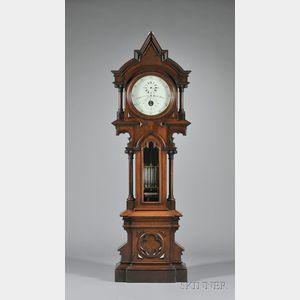 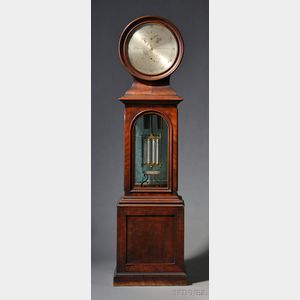 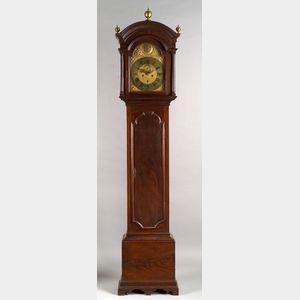 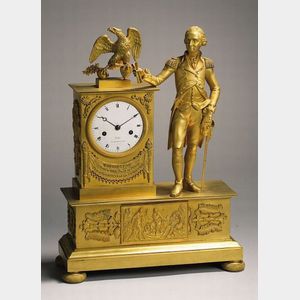 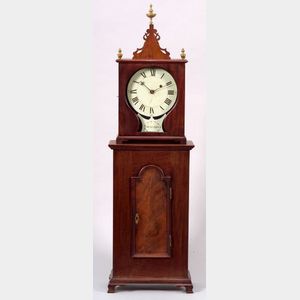 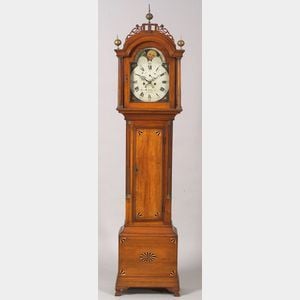 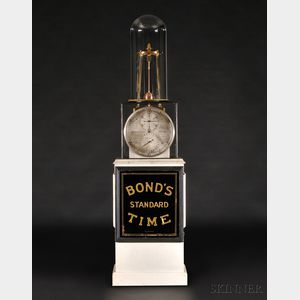 Skinner is located at the heart of American clock history. Massachussetts was home to many great 18th and 19th century American clockmakers, including Gawen Brown, the Mulliken and Willard families, and later, Edward Howard, maker of precision regulators and watches. Other colonial centers supported important makers of hand-crafted clocks as well, and by 1850, Connecticut led the industry with numerous manufacturers producing clocks in the millions.

While the appearance of handcrafted clock cases mirrored furniture styles of the same period, clock mechanisms or “movements” were based on proven designs passed from master to apprentice for centuries. Even after two hundred years of use, fine American tall clock movements are still capable of keeping time to within seconds per week, certainly a notable tribute to the craftsmen.

Tall clocks, or “eight-day clocks,” became commonly known as grandfather clocks after the 1876 song “My Grandfather’s Clock” by Henry Clay Work. Crafted as luxury items, these clocks typically represent the collaboration of a cabinetmaker who constructed the case and a clockmaker who produced the movement. The finished product sold for about $50, or nearly a month’s pay for an average worker at the time.

In 1802, Simon Willard patented his “Patent Timepiece” which became commonly known as the “banjo clock” for its distinctive shape. These stylish wall clocks sold for about $35 and have become a symbolic icon of early American design. A timekeeper combined with a mahogany case gilded and decorated with eglomise panels, all at an affordable price, remains as popular today as it was then.

As the regular ticking and chiming of tall clocks, shelf clocks, and wall clocks became commonplace in homes and business, more complicated clocks challenged the limits of technology, provided “Standard Time” for an emerging national railroad network, and broadened our scientific knowledge about the universe. The William Bond Chronometer Shop produced precision clocks for use in astronomical observatories while the Edward Howard Company produced regulators in a variety of case styles for use in observatories, laboratories, train stations and public spaces. Skinner sold The Bond Shop Astronomical Regulator No. 396 for $539,500, and has achieved results in excess of $150,000 for numerous E. Howard & Co. astronomical regulators.

A dedicated clientele relies on Skinner as the place to buy and consign fine antique timekeepers. Skinner stands out among American auction houses as the only one with a dedicated clocks and scientific instruments department, and continues to lead the field within this market. Contact us to learn more about selling American clocks at auction.

A Time for Watches

The Value of Standing (or Avoiding) the Test of Time