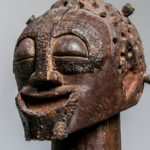 Presents art and artifacts from Africa to the Great Plains, the tundra to the tropics

The allure of non-Western art and artifacts for early modernist artists such as Picasso and Matisse is well known. Ethnic creations continue to have the same appeal for collectors around the world.

This auction features significant African art, painstakingly acquired over many years by connoisseurs with deep scholarly insight. Many other cultures are represented as well.… Read More

Join us for an informal tour of auction highlights 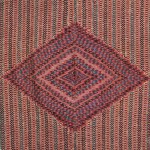 Marlborough, Mass. – January 24, 2014 – Skinner, Inc. will host an auction of American Indian & Tribal Art on February 12th in its Marlborough gallery. Ideal for both seasoned and new collectors, the auction features a variety of items ranging from Plains Indian art and tribal weapons to a collection of prehistoric stone material from the Henry F. Metcalf museum.

Several large groups of prehistoric stone material provide an opportunity to acquire an arrowhead collection in one bid.… Read More 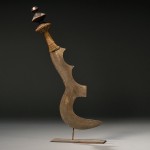 Marlborough, Mass. – June 7, 2013 – Skinner, Inc. will host an auction of American Indian & Tribal Art on June 19th in its Marlborough gallery. This eclectic sale is ideal for both advanced and novice collectors alike, and features a variety of affordable items including a selection of African weapons and Pre-Columbian artifacts from the collection of Louis Renault.… Read More