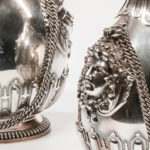 Skinner is now inviting fine silver consignments for upcoming 2019 auctions. Department specialists will be available by appointment to offer verbal evaluations and accept consignments in the Westchester, NY office on Thursday, July 18 between 10AM and 4PM.

To inquire about consigning or to schedule your appointment, please call 212-787-1114 or email newyork@skinnerinc.com.… Read More 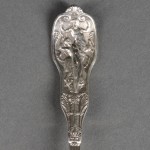