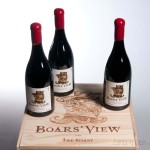 BOSTON, MA – Skinner, Inc. will be offering a wealth of riches in the upcoming Fine Wines, Rare Spirits & Ales online auction from October 26-November 3. Over 1200 lots will be available for online bidding, with truly something for everyone, from the curious to the collector. Featuring classic wines from the Old and New World and a curated selection of Scotch, American and Japanese whiskey, this sale is a treasure trove of the rare and delightful.… Read More 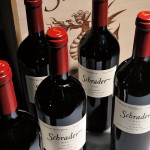 After co-founding Colgin-Schrader Cellars in 1992, Fred Schrader went on to fulfill his dream of producing world-class Cabernet bearing his name on the label, co-founding Schrader Cellars in 1998. Producing world class wine is one thing, but the heights of Schrader’s success is simply dizzying: recipient of James Laube’s first 100 point score for an American wine (2007 CCS and 2007 Old Sparky), back-to-back-to-back 100 point scores from Robert Parker (2006-2008 Old Sparky and 2006-2008 CCS) and wines lauded as the finest of the year from the profoundly great 2007 vintage.… Read More