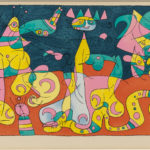 Like many artists, Miró had particular themes and subjects which reoccurred throughout his career.… Read More 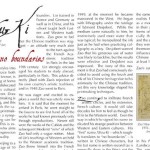 As a regular contributor to theJournal of the Print World I have had the opportunity to explore a broad range of topics of my choosing. These are often based on the works that we’ve offered here at Skinner:  some of the ones that I’ve found especially interesting. January’s  Journal of the Print World issue features several articles related to printmaking in China. On that theme, I’ve examined the career of ZaoWou-Ki, a Chinese artist who spent most of his career in France. … Read More