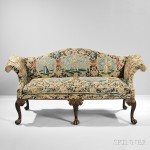 On Saturday, October 3rd, a symposium entitled “Gilding the Coasts: Art and Design of Long Island’s Greatest Estates” will be held at the Long Island Museum in Stony Brook, New York, a Smithsonian affiliate, to explore the artful design and preservation of Long Island’s greatest country houses. This event is in conjunction with an exhibition by the same name at the museum.  These country houses numbered over 1,000 about 100 years ago with now only a few surviving today.… Read More 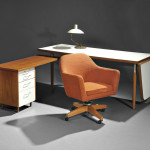