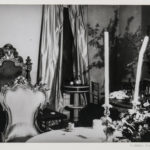 The Endurance of Walker Evans

A lecture by Belina Rathbone

Rathbone will discuss the enduring power and influence of Walker Evans’s photography, and the consistency of his vision throughout his career, as demonstrated by the works in the Harry Lunn Gallery collection.

Belinda Rathbone is a biographer and photography historian. She is the author of the first and only complete biography of Walker Evans, published by Houghton Mifflin in 1995.… Read More

Samy Rabinovic was born in Istanbul in 1940, and grew up in a house filled with rugs (his uncle was Director of the Anglo-Persian Rug Company), but felt no particular attraction to them. His real passion at the time was chemistry. After obtaining an advanced degree in Polymer Sciences from the University of Massachusetts in 1969, Samy worked for Rohm and Haas (now owned by Dow Chemical) for many years, becoming head of Research and Development in their Plastics Division in France from 1975 through 1984.… Read More 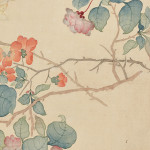 Asian Works of Art Department Director Judith Dowling, will present highlights from the May 16th Asian Works of Art auction. Several outstanding collections of miniature paintings stand out in the May auction. Chinese, Korean and Japanese art, including jade, ceramics and textiles will also be featured.

This event is free and open to the public.… Read More 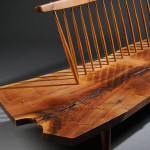 Join Jane Prentiss for a tour of auction highlights 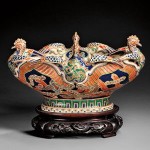 We are honored to present “Hasui and His Contemporaries” at auction on November 22, 2014 in Boston. Dr. Irwin J. Pachter’s extraordinary collection features pre-earthquake and pre-war prints by renowned Japanese painter and printmaker Kawase Hasui (1883-1957).… Read More 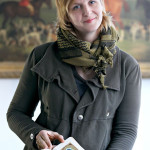 Join Devon Gray for a tour of auction highlights

Skinner has the privilege to offer a group of newly discovered letters written by a teen-aged Jack Kerouac to a boyhood friend. The Fine Books & Manuscripts Auction also presents 490 lots of historical and literary documents, fine and rare books, prints, and maps, and will be presented as part of Boston’s traditional fall rare book events, including the 38th Boston International Antiquarian Book Fair.… Read More 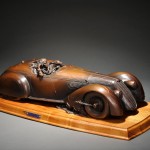 Join us for a preview of the upcoming Gentleman’s Auction with Julie Dolan of J. Hilburn. Get a start on shopping for the gift giving season for the gentleman in your life! View a selection of items curated by gentlemen, for gentleman from The Gentleman’s Auction, available online November 20-December 1, 2014.

To schedule a fitting with Julie Dolan during the preview, contact Julie Dolan.… Read More