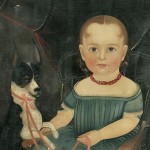 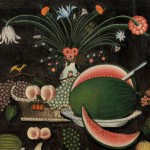 Known the world over for his smooth voice and timeless charm, Andy Williams entertained generations through his music, television, and theater.

The Portrait of Elizabeth Van Dyck Vosburg is one of the ultimate rarities: a unique and early example of American naïve painting from the early 18th century. This oil-on-canvas work was painted by an artist widely known as The Gansevoort Limner, who some scholars believe was a Dutch-born immigrant named Pieter Vanderlyn. Whatever the case, this artist was prolific in the period from about 1730-45 in the area that would become New York State.

When you look for a new acquisition for your collection, do you seek out dusty and dirty objects with original surface or interesting patina? If you do, you’re not alone. The phrase “Grunge School,” describes this learned or acquired taste. There’s a sense of discovery and wonder when you come across a piece of antique furniture, a mirror, a painting, or almost anything that has been forgotten for a long time. Original condition and original surface mean an elevated value for most American antiques.