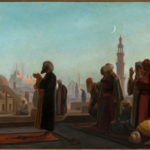 A newly-rediscovered oil painting by Jean-Léon Gérôme, Evening Prayer, will be offered by Skinner in the American & European Works of Art auction on September 21, 2018. The painting has been authenticated by Dr. Emily Weeks, whose essay follows below. A full description of the work with provenance, along with Dr. Weeks’s essay with notes, will be available online and in the fully-illustrated printed catalog in early September.… Read More 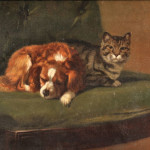 At Skinner on May 13th bidders can acquire a wonderful drawing of a cat by Wanda Gag in our Fine Paintings & Sculpture auction. The ink drawing (Lot 342) shows a wide-eyed kitten peeking out from a jumble of laundry on an overstuffed arm chair. Wanda Gag is known to many as the author of Millions of Cats. Published in 1928, the fanciful illustrations and rhythmic language have delighted generations of children.… Read More 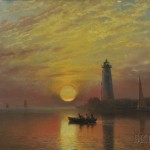 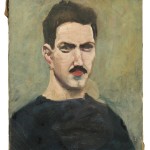