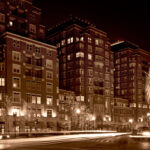 London – Bonhams, the global auction house, has acquired the renowned US auction house, Skinner. The company will be known as Bonhams Skinner. Financial terms are not being disclosed.

Based in Boston, Massachusetts, Skinner holds around 80 sales a year in 20 collecting categories including Americana, Fine Art and Collectibles, and Wine, and ranging from fine violins to contemporary paintings. Important sales have included a Qing Dynasty vase sold for $24.7m in 2014, a record price at the time for Chinese art in the US; the record-setting sale of Manchester Harbor by American artist Fitz Henry Lane that achieved $5.5m in 2004, which remains the highest price for a work of art ever realised at a New England auction; and a bottle of whisky believed to be the oldest known (c.1860s) which achieved $137,500 in June 2021.… Read More