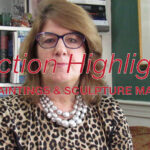 This auction covers a broad range of Western styles, media, and regions from the 16th century to the present day including paintings, sculpture, and works on paper. Star lots include a dramatic escape from wolves by Alfred von Wierusz-Kowalski; a skiing scene set in the Austrian Alps by Alfons Walde; and a stunning Hans Hofmann composition from 1950.… Read More 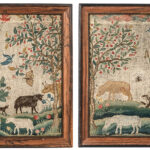 Virtual auction “rooms” packed with bidders competing from the safety and comfort of their homes on a few early New England spring days drove a $1.28M result for two highly successful online auctions of American Furniture and Decorative Arts which closed on www.skinnerinc.com on April 13th and 15th. Overall, bidders embraced the online platform and operated with a familiar competitive vigor, often causing the bidding on a lot to extend far beyond its prescribed closing time.… Read More