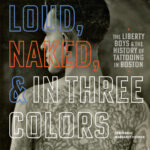 Loud, Naked, & in Three Colors: The Liberty Boys & The History of Tattooing in Boston (available at www.rakehouse.com)

Join us for a virtual book signing and conversation live on Zoom with Derin Bray and Margaret Hodges, authors of Loud, Naked, & in Three Colors: The Liberty Boys & The History of Tattooing in Boston (www.rakehouse.com). The discussion hosted by Skinner’s Steve Fletcher will touch on the rich tradition of tattooing and tattoo folk art as featured in their book.… Read More 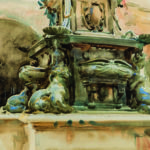 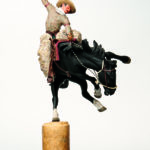 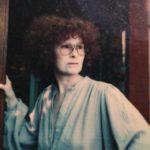 Skinner’s September 21, 2018, Fine Paintings & Sculpture Auction will include a selection of artwork from the collection of singer-songwriter Dory Previn. Previn was a composer, lyricist, author, playwright, recording artist, and performer. Her early successes came in Hollywood while working for MGM, where she wrote songs for films, usually as a lyricist teaming up with her then-husband, composer and conductor André Previn.… Read More 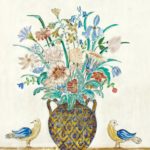 A skilled and inventive frame maker, admired by artists and collectors for his ability to create frames that corresponded perfectly to the style and intention of the canvases they surrounded, Charles Prendergast (1863-1948) did not begin working on his own artworks in earnest until he was in his fifties. After having spent years as a woodworker and craftsman, he created his painted panels, like Lot 382 in our upcoming Fine Paintings and Sculpture auction, with many of the same materials and techniques he had used for his frames.… Read More 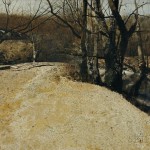 Andrew Wyeth was an iconic figure in American painting of the 20th century. Son and student of famed illustrator N.C. Wyeth, the young man seemed destined to follow his father’s footsteps yet developed his own individual style. His father’s illustrations took as subjects active figures and colorful places from around the word, while Andrew Wyeth found artistic inspiration in friends and family and his immediate surroundings of Chadds Ford, Pennsylvania, and Port Clyde, Maine.… Read More