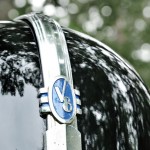 In 1932, Ford began mass-producing the V-8 engine in America. Up until that time, only luxury cars had eight-cylinder engines. Henry Ford had been looking for a way to produce one of these powerful engines more efficiently.

Ford’s engineers used an existing light-weight four cylinder chassis with a 3.6 liter engine, which created a burst of power without the weight drag. The combination was exciting and if not respected it could be lethal.… Read More