MARLBOROUGH, Mass. – June 11, 2013 – Skinner, Inc. will host a two-day Discovery auction on June 19th and 20th in itsMarlborough gallery. The first day of the sale will feature a diverse and remarkable collection of vintage accessories that once belonged to the Metropolitan Museum of Art. The sale also presents an excellent selection of silver and estate jewelry, as well as furniture and decorative objects that will appeal to anyone looking for unique home décor. 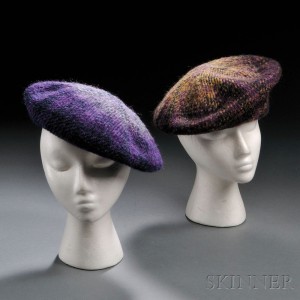 Skinner is pleased to offer a collection of vintage accessories formerly belonging to the Metropolitan Museum of Art in New York. The collection features exceptional purses and handbags from the 18th, 19th, and 20th centuries, including a beaded black silk purse with silver hardware circa 1900 (lot 522, estimated between $300 and $500), a green and grey-beaded silk evening bag circa 1925-1935 (lot 535, $300 to $500), a beaded silk evening bag with rhinestones, imitation pearls, and gold-tone hardware (lot 543, $300 to $500), and a multicolored woven silk and paper purse by Japanese designer Kiriyo Kuchina circa 1980 (lot 573, $300 to $500).

The auction will offer more than 300 lots of jewelry, including several Bakelite lots, a number of designer sterling silver pieces, and many groups of antique and estate jewelry. Notable lots include a small group of lapis lazuli jewelry (lot 281, $300 to $500) and a whimsical four-piece set of polka dot Bakelite jewelry (lot 421, $200 to $300).

The June Discovery auction includes an assortment of antique and contemporary furnishings and decorative objects. Highlights include a 20th century Royal Worcester Art Nouveau lobed vase (lot 816, $200 to $300), a pair of Royal Vienna porcelain urns from the late 19th century (lot 1016, $250 to $350), and a bronze sculpture by Louis Icart titled ‘Sophistication’ depicting a woman in a flowing dress wearing a feather atop her head (lot 868, $300 to $500).

A text catalog for sale #2660M is available by mail from the subscription department at 508-970-3240. It is also available at the gallery.