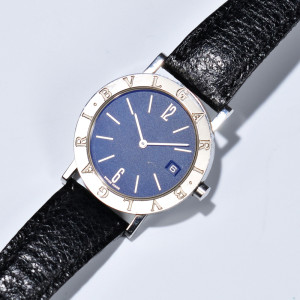 Boston, MA  – Skinner, Inc. is pleased to offer its 4th bi-annual Gentleman’s Auction Online, open for bidding from June 3 through June 9. The sale’s 150 lots of Antiques, Decorative Arts, Sporting Items, Men’s Jewelry and Accessories, Barware, and Whiskey offer gentlemen of all types the chance to acquire something unique that they can’t live without.

The highlight in a nice group of sports and entertainment collectibles embodies the fierce baseball rivalry that existed in New York in the early 1950s. Lot 1140 ($1,500-$2,500) comprises Two 1953 Team-signed Baseballs – one by the Dodgers, the National League Champs, and one by the Yankees, the American League and World Series Champs. Between the two balls, there are signatures of ten Hall of Famers, including Jackie Robinson and Mickey Mantle. 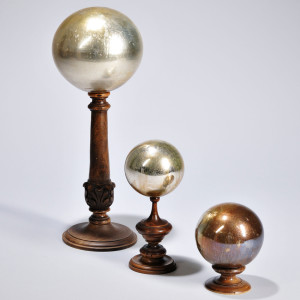 Throughout the sale, there are opportunities to compare old with new, and to see that in the decorative arts, things often come around again. With its simple, clean lines, an Early 19th Century Pine and Oak Table with overhanging top (Lot 1076, $200-$300) approaches the modernity of a Mid-century Modern End Table by Lane (Lot 1075, $100-$150), while a red- and black-painted Vintage Checkerboard (Lot 1073, $200-$250) competes for geometric rigidity and bold coloration with several prints by Victor Vasarely (Lots 1070-72). 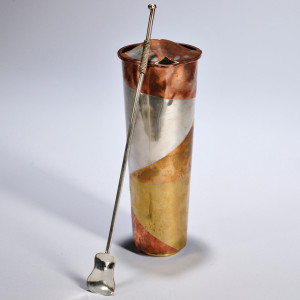 And, most obviously, the penchant shared by many gentlemen over the centuries to enjoy a drink at the end of the day proves itself again. To this end, the sale offers accoutrements to enhance your bar:  wood-cased liquor sets from the 19th century (Lots 1014, 1015, and 1016); an extensive Early 20th Century Silver-mounted Gentleman’s Set comprising three decanters, twelve cordial glasses, tobacco boxes, cigar cutters, and ashtrays (Lot 1051, $300-$500); a handsome Silver-plated Flask adorned with an early 20th century golf scene (Lot 1004, $300-$500); a classically mid-century Mixed Metal Cocktail Pitcher and Stirrer by Mexican manufacturer Taxco (Lot 1057, $100-$150); a set of Modern Steuben Stemware including some generously proportioned martini glasses (Lot 1052, $300-$500); and many others.

Previews for the auction are free and open to the public. Previews will be held in Boston on Sunday, June 5 from noon to 5PM; on Monday, June 6 from noon to 7PM; and on Tuesday, June 7 from noon to 5PM. Illustrated catalog 2905T is available for download or viewing online at www.skinnerinc.com. Prices realized will be available online at www.skinnerinc.com during and after the sale. The Skinner website also enables users to view all lots in the auction, leave bids, order catalogs and bid live, in real-time through SkinnerLive!

2 thoughts on “Unique Gifts for Grads and Dads on Offer at Skinner’s Gentleman’s Auction, June 3 – June 9”