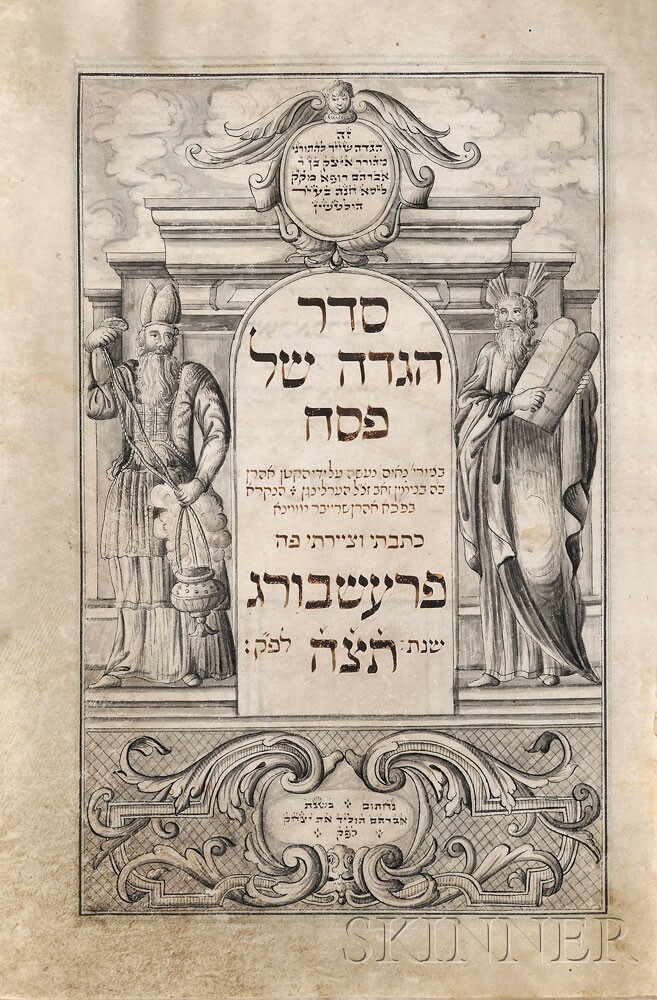 BOSTON, MA – October 24, 2013 – Skinner, Inc. achieved exceptional results from its small but robust auction of Fine Judaica on October 3rd. The auction, featuring 178 lots, grossed a total of $660,439.70. Drawing buyers from around the world, this sale underscored Skinner as a leading auctioneer of Jewish ceremonial items, Torah ornaments, artwork, books and more.

Scarce works and material new to the marketplace were particularly well received, including an illustrated Seder Haggadah shel Pesach manuscript from the personal collection of Nahum Goldmann as well as works by American Jewish artist Ilya Schor, among others.

Property from the Estate of Nahum Goldmann

The auction’s top lot, a rare, hand-illustrated Seder Haggadah shel Pesach manuscript by the scribe-artist Aaron Wolf Herlingen, sold for $450,000. This previously unrecorded manuscript, created early in Herlingen’s career, is one of fewer than fifty pieces extant by the artist, most of which remain in museum collections. The manuscript is one of many noteworthy items from the personal collection of Nahum Goldmann, one of the most prominent leaders of the Jewish people and the Zionist movement in the 20th century.

“Herlingen is viewed as a master calligrapher of the 18th century,” said Kerry Shrives, Director of Fine Judaica at Skinner. “Not only was Skinner’s offering previously unrecorded, it was in fine condition and annotated with a detailed family record of prior ownership, imparting a great degree of rarity to the manuscript.” 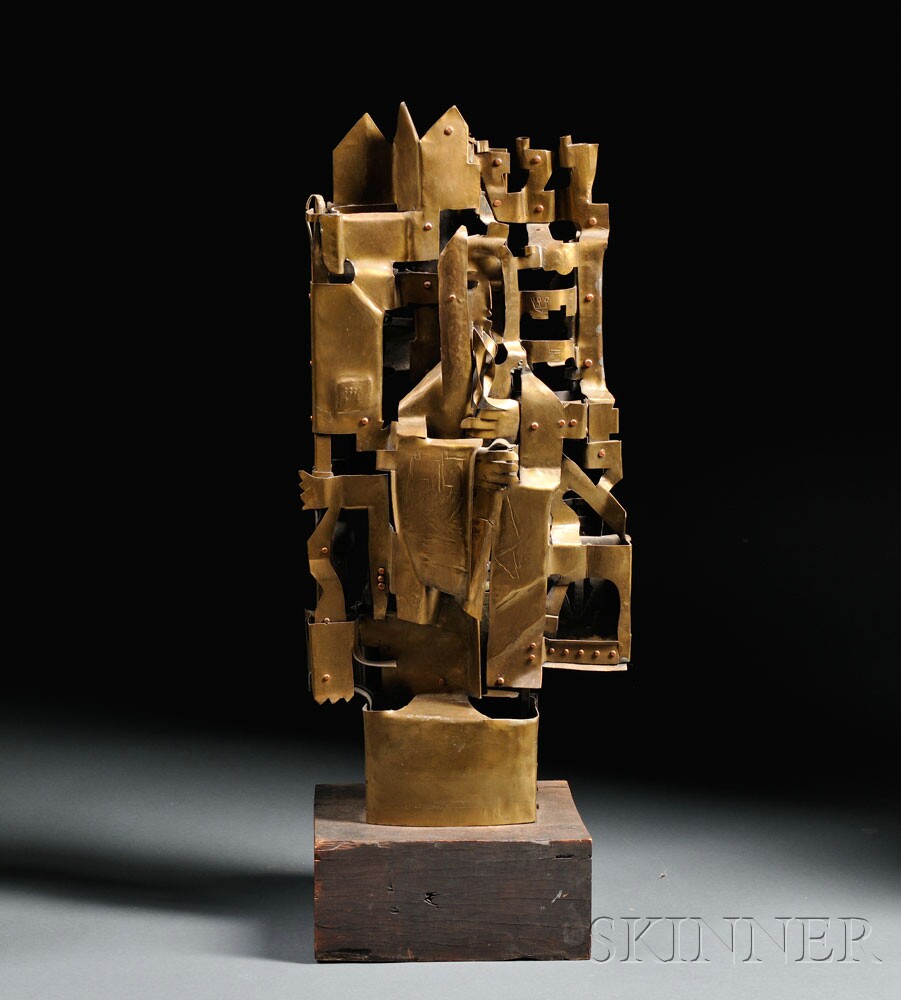 Skinner was pleased to once again offer a range of works by Ilya Schor, a multi-faceted and renowned creator of American Jewish art and Judaica. One of the auction’s top lots was Schor’s striking Untitled brass and copper rivet sculpture from the 1950s, which fetched $12,000. A testament to his legacy, Three Ilya Schor Hand-painted Beach Pebbles, picked up while summering in Provincetown, sold for $1,320, well beyond the pre-sale high estimate of $250.

“Schor’s works typically perform well at auction, and the October 3rd results were no exception. From sculptures to jewelry to his charmingly hand-painted rocks, this auction featured exemplary and desirable work by the artist,” observed Shrives.

Skinner holds the distinction of being one of the only major auction houses hosting periodic auctions of Fine Judaica, with the establishment of the department in 1994. The October 3rd auction demonstrated Skinner’s continued strength in bringing rare and previously unseen items to auction. Additional items that drew great interest included examples from the the Bezalel School of Arts & Crafts; notably, a hand-worked, early 20th century Bezalel Brass Framed Ivory Plaque by Boris Schatz, which fetched $10,600; and a Bezalel Brass and Mixed-metal box, also by Schatz, which sold for $4,800, far exceeding the pre-sale high estimate of $300. A Russian Silver Torah Breast Plate (1885) also performed well, selling for $21,600 and smashing the pre-sale high-estimate of $3,000.