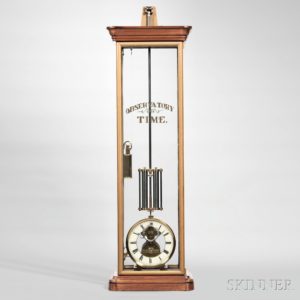 Numerous highlights of this auction are from the Wing Collection, started in the 1920s by Henry Wing of Greenfield, Massachusetts and expanded by his son Donald. Wing family members were innovative specialty manufacturers with a passion for anything mechanical, collecting machinery both large (tractors and cars) and small (watches and chronometers).

Outstanding lots from the Wing Collection include two machines by Holtzapffel of London, which Cheney notes are likely the rarest pieces offered. These specialized lathes can perform turning operations on prized materials such as precious metals, ivory, and exotic woods. The resulting intricate patterns embellished luxury goods such as watch cases and a variety of objets de vertu. 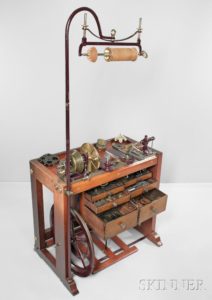 Henry Wing’s watch collecting brought him to the genius of Charles Fasoldt of Albany New York. By the mid 19th century, Fasoldt was producing watches, clocks and chronometers of exceptional quality and mechanical sophistication. The Wings acquired the largest known collection of Fasoldt timekeepers. Two important examples are offered in this auction: 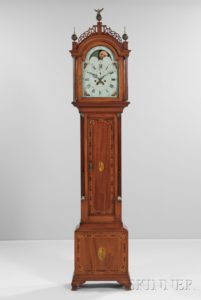 The wearable timepieces in this auction range from men’s pocket watches and wrist chronographs to delicate ladies’ lapel watches. All testify to the elegant functionality and engineering skill that characterized time-keeping devices in the era before smart phones. Among the many distinctive—and very affordable—offerings are:

Other examples of 19th and 20th century inventiveness both serious and playful include such disparate lots as: 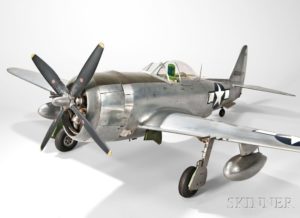 ♦ Republic-47D Thunderbolt U-control Model Airplane by Ernest Berke, constructed 1956-65, 1/12th scale model, 43-inch wingspan. Nine years in construction, the model was made to the original aircraft’s blueprints and won first prize in the national competition for model aircraft in 1964 (Lot 414, $6,000-8,000).

Curious collectors, whether their primary interest is in the tools of scientific inquiry of the 19th century, or examples of its technology, design and fine workmanship, will find much to admire and acquire in this auction.

Illustrated catalog 3003M is available from the Subscriptions Department at subscriptions@skinnerinc.com or from the Gallery. Prices realized will be available online at www.skinnerinc.com during and after the sale. The Skinner website also enables users to view all lots in the auction, leave bids, order catalogs and bid live, in real-time through SkinnerLive!