Boston, Mass. – September 6, 2013 – Skinner, Inc. will auction prints, photographs, paintings, and sculpture on Friday, September 20th at its Boston gallery for its highly anticipated fall American & European Works of Art sale. An important Fitz Henry Lane painting estimated at $1.2 to $1.8 million and a rare Conrad Wise Chapman work depicting the Confederate army highlight the auction, which also includes over 150 lots of dance-related art from the collection of Robert Bunting. The three sessions of the auction feature: prints and photography starting at 10 a.m., The Robert Bunting Dance Collection at 2 p.m., followed by paintings and sculpture. 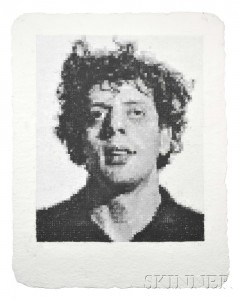 Contemporary highlights include a modernist linocut work titled Haulers by well-known Grosvenor School of Modern Art alumna Sybil Andrews (lot 7, $2,000 to $3,000). The linocuts of the Grosvenor School artists reflect the kinetic energy of the machine age imbued with the enthusiasm and optimism of the post-World War I era. Andrews used streamlined geometric forms and pattern in conjunction with a saturated reductive palette to create the power and excitement of motion as depicted in the present work.

Skinner has experienced great success bringing 19th and early 20th century photography to auction, and now with the addition of photography specialist Michelle Lamunière, Skinner is widening its focus to include a greater representation of modern and contemporary photography from around the world. Lamunière’s inaugural sale features a fine range of photographs, notably Lalla Essaydi’s Converging Territories #30, from the Converging Territories series, 2004 (lot 194, $10,000 to $15,000), Manuel Alvarez Bravo’s Retrato Postumo, Guanajuato (lot 187, $1,200 to $1,800),and two lots from Huang Yan’s Venus-Landscape (lots 203 & 204, both $2,500 to $3,500). Lot 204, Venus – Landscape No. 1.2, 2004, edition of 12, is accompanied by the volume by Karen Smith et al., Huang Yan 1990-2006 (Xin Dong Cheng Publishing House; Beijing), 2006. 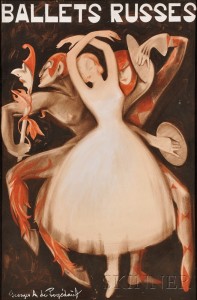 Skinner is pleased to offer The Robert Bunting Dance Collection as part of the upcoming sale. Cataloged and presented as a separate collection, over 150 lots of dance-related art will be sold on September 20th, starting at 2 p.m. in the Skinner Boston gallery.

The collection is a tangible expression of Dr. Robert Bunting’s lifelong fascination with the ballet, which began when he attended George Balanchine’s staging of The Nutcracker for the New York City Ballet, and has continued to the present day. The collection offers not merely memorabilia of past performances but a direct, tangible connection to ballet’s greatest artists, works, and the period of their creation. This is most visibly demonstrated in the set and costume designs commissioned by Serge Diaghilev, Isadora Duncan, George Balanchine, and other luminaries from the advent of modern ballet.

The fine paintings and sculpture session features 334 lots from the 17th through 21st centuries, created in a variety of original media. An important example from the selection of 19th century works is Camden Mts. from the Graves by Fitz Henry Lane (lot 569, $1,200,000 to $1,800,000). This particular work was gifted to Lane’s close friend, Joseph Lowe Stevens, Jr. (1823-1908) by the artist as a souvenir of the duo’s excursion to Penobscot Bay, Maine. Lane first visited Maine in 1848 when he was invited by Stevens, Jr. to visit his family’s home. It was near Penobscot Bay, and Stevens, Jr. would row or sail Lane to various locations to make preparatory sketches for his oils. Skinner’s world record auction result for a painting by Fitz Henry Lane still stands — the artist’s Manchester Harbor earned $5.5 million in November 2004. At the time, this painting was also the most valuable artwork ever sold at auction in New England. 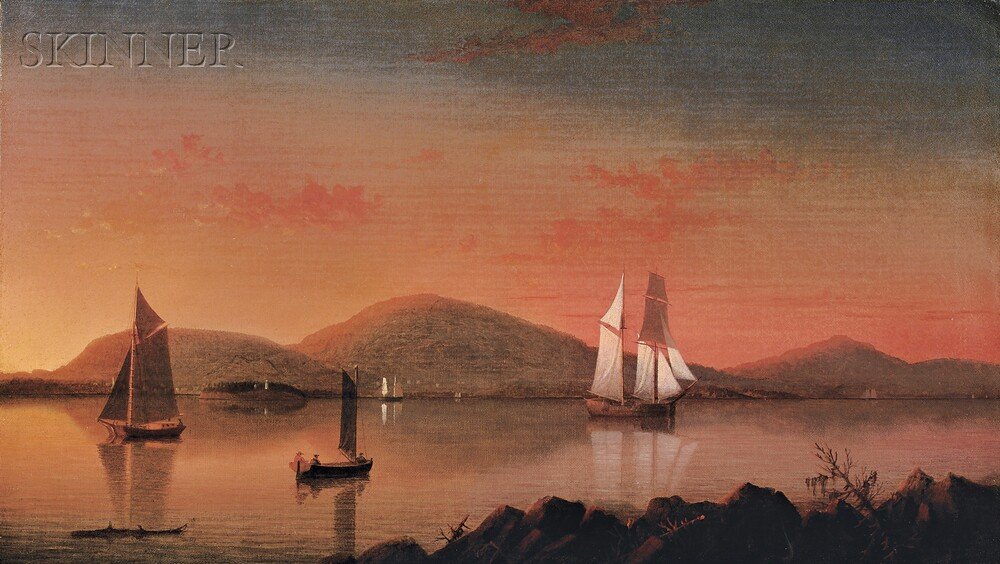 Conrad Wise Chapman’s Cavalry Camp of the So. Ca. Holcomb Legion, New Kent, Co. Va. Mar., 1863 (lot 623, $400,000 to $600,000) depicts a day of respite in the Confederate army encampment of the Holcombe Legion. The Legion, which saw battle in the defense of Charleston and elsewhere in South Carolina, was formed on November 13, 1861, and named for Lucy Petway Holcombe Pickens, the spirited wife of South Carolina Governor Francis W. Pickens. While Chapman paintings depicting other subjects regularly come on the market, works relating to the Confederate army are a rare find. This piece is especially important as it was thought to be lost – scholars knew of its existence thanks to an engraving by J.G. Chapman, but until now it had never been seen on the market.

An autumn still life by Cornelis De Heem depicts pomegranates, chestnuts, oranges, white and red grapes, plums, wheat, and insects (lot 505, $80,000 to $120,000). The work celebrates the splendor of autumn in the rich variety of the harvest depicted, but true to the nature of a vanitas, such details as half-eaten fruit, woody vines, and powdery mildew also foreshadow the subtle passing of the season.

Frederic Remington’s Stable Call at an Artillery Barrack (lot 616, $35,000 to $55,000) was made by Remington on a trip to Mexico in February-March 1889, during which time he produced a series of illustrations, the most famous being the Mexican Major, now in the collection of the Art Institute of Chicago. Many of the illustrations were published in Harper’s Monthly, where Stable Call at an Artillery Barrack appeared as a line engraving in November, 1889.

Skinner is pleased to present Hermine Chivian-Cobb, independent fine art appraiser and consultant, for a lecture on The Robert Bunting Dance Collection. The lecture, titled “20th Century Set and Costume Designs for the Ballet,” will take place on Thursday, September 19, 2013 at 6 p.m. RSVP online here.

An illustrated catalog for sale # 2673B is available by mail from the subscription department at 508-970-3240. It is also available at the gallery.