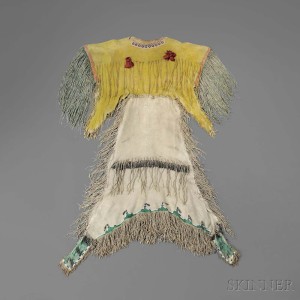 BOSTON, MA – Skinner, Inc. will host an auction of American Indian & Ethnographic Art at 10AM on December 1 in its Boston gallery, featuring a wide range of weavings, pottery, baskets, pre-Colombian art, and objects from the Northeast woodlands, as well as an impressive collection of American Plains Indian material. The auction includes a standout selection of Paiute beaded baskets from The George and Jackie Bernheimer Collection.

Leading the auction is an exceptional, museum quality Kiowa woman’s beaded hide dress (Lot 159, Estimated between $60,000-80,000).  The circa 1870’s dress has never been offered to the public and comes from the collection of Philadelphia artist, Robert Riggs. 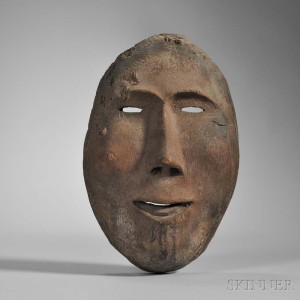 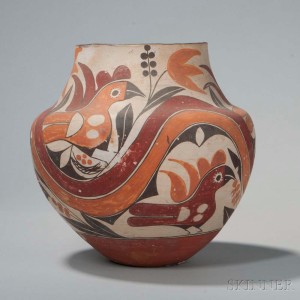 Skinner is pleased to offer The George and Jackie Bernheimer Collection of western beaded baskets (Lots 313-338). For the past thirty years, The Bernheimer’s focused primarily on collecting beaded baskets. Their diverse collection incorporates the rare Mono Lake, Pyramid Lake, and early twentieth century baskets, showcasing varied weaving and beading techniques and offering a historical overview of the this unique art form.

Other auction highlights include, but are not limited to:

Auction previews are free and open to the public and held in Boston Tuesday, November 29 from 12-5PM; Wednesday, November 30, from 12-7PM; and Thursday, December 1, from 8-9:30AM. The print catalog is available for purchase from the Subscriptions Department at subscriptions@skinnerinc.com. Prices realized will be available at www.skinnerinc.com during and after the sale. The Skinner website enables users to view all lots in the auction, leave bids, and bid live, in real-time through SkinnerLive!