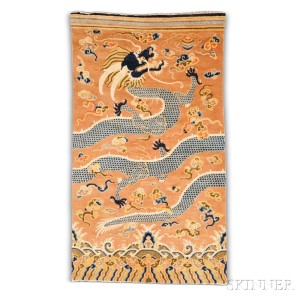 BOSTON, MA – This fall Skinner is excited to offer its first online-only auction of Fine Oriental Rugs & Carpets. Opening on October 13 and running through October 21, the auction will feature over 400 lots of antique rugs, carpets, and textiles from the Caucasus region, Persia, Anatolia, India, Central Asia, and China.

A private collection of antique rugs leads the auction. Formed in New York City during the 1950s and 1960s, the collection is like a time capsule of refined, eclectic taste. It contains a number of early, good condition Chinese rugs, such as a classic early 19th century Pillar Rug (Lot 92, estimated between $1,500-2,000), a group of 18th and 19th century Turkish prayer rugs, highlighted by a particularly beautiful Mudjar (Lot 100, $2,000-2,500), and several first-rate 19th century Persian workshop rugs, including a striking wool and silk Sarouk prayer rug (Lot 175, $2,000-2,500).

Also on offer are a selection of pieces from the Arlene C. Cooper Collection of early Kashmir and European Shawls, including a mid-18th century Mughal shawl end panel (Lot 63, $1,000-1,500) and a number of Central Asian rugs and textiles, featuring two complete early 19th century Tent Bands (Lots 79 and 80, each $3,000-4,000). 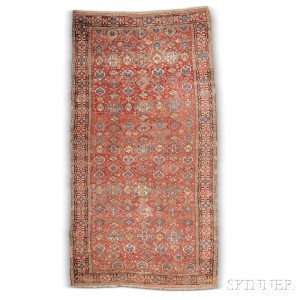 Just to the south of the Caucasus is the Moghan Plain of Northwest Persia, where the wonderful 19th century Shasevan Jejim originates (Lot 137, $1,500-1,800): filled with camel trains, the design celebrates a nomadic way of life that depends upon the migration of flocks and people from winter to summer pasturage. In a similar spirit, the folky little Bakshaish rug (Lot 29, $1,200-1,500) with a single tree in a field, combines powerful iconography with playfulness. 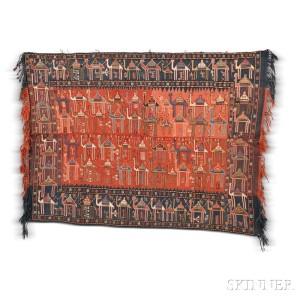 All lots offered at Skinner may be viewed online or in person, and specialists are available to answer questions, setting our auction house apart from internet-based auction companies. Previews will be held in Boston on Thursday, October 20 from 12PM – 7PM and on Friday, October 21 from 10AM – 3PM.

View the catalog at www.skinnerinc.com/auctions, and log in or create an account to start bidding. Specialists are available throughout the auction to answer questions and provide additional information about the lots offered; lots begin a staggered close on Friday, October 21 at 3PM.