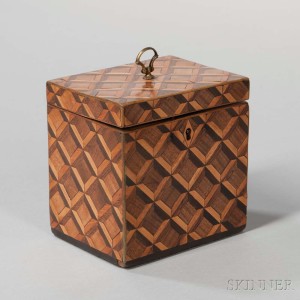 Skinner debuts an innovative online auction format with its Irresistible Unreserved auction that will run from January 5 through January 27.

In this auction, every lot will start at the same nominal bid of $10. Alexander Hamilton, the face of the auction and a man who cared greatly about value, would surely approve.

All of the items have been inspected, cataloged and valued by Skinner’s experts and have been judged to meet Skinner’s high standards regarding authenticity and condition.

With original estimates that were far higher than the $10 starting bid, this format offers an opportunity for the market to set its own level.

♦ Art, antiques, decorative arts and furniture from the 17th to the 20th centuries come together in one place, offering a convenient way to explore an unfamiliar category or period.

♦ Online bidding offers maximum flexibility: the advantage of following the action at a slower pace than a live auction allows, and the ease of being able to participate when and where it is most convenient.

Lots being offered include intriguing items to suit any taste, interest, and wallet. For example: 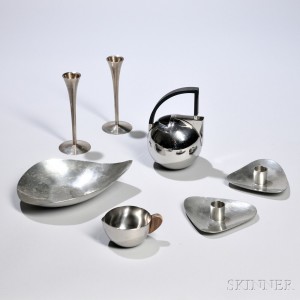 Irresistible isn’t too strong a word to describe the nearly 400 lots that invite bidders to choose among pewter and posters, glass and gilt bronze, furniture and fun stuff— Lot 1129, a cased magic lantern with slides and accessories, or Lot 1047, four signed baseballs—and some impressive names, too:

“Second thoughts are best,” wrote the Greek playwright Euripides. Bidders will be able to learn the truthfulness of that ancient wisdom during Skinners’  Irresistible Unreserved auction.

Irresistible Unreserved is an online-only auction and will be held January 5, 2017, 10AM through January 27, with lots beginning to close at 10AM. The catalog is online with images of all lots to be sold. For further assistance with photos and information about condition, bidders can contact Kyle Johnson, Specialist, Discovery Auctions, or Carly Babione,  Business Administrator and Cataloguer, Discovery Auctions. Log in or create a new account on the Skinner website to participate.