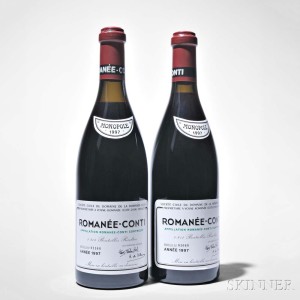 BOSTON, MA – Skinner, Inc  will host a live auction of Fine Wines & Rare Spirits on November 9 at 6PM, featuring a curated selection of great depth and focus. With over 500 lots the auction represents the very best of Burgundy, the Rhone, and Cult Californian wine, diving deep into historic and current vintages. Represented are top producers such as Domaine de la Romanee Conti, Rousseau and Roumier, along with a vast vintage selection of Guigal’s heralded La La’s, rare vintages of Chave and Jamet, and the consistently top rated Californian wines Screaming Eagle, Colgin, Harlan, Schrader and Sine Qua Non among others, all in pristine condition. A resounding presentation of Scotch, American and Japanese whisky will conclude this remarkable auction. 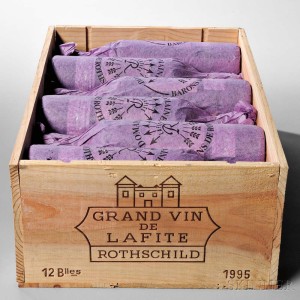 Burgundy: The impressive selection in this auction hardly speaks to the minute production of this revered region. Serious collectors will be thrilled by the scope of producers, historians will appreciate the range of vintages, and blossoming oenophiles can be introduced into Burgundy with ease. Domaine de la Romanee Conti is richly presented with two bottles of Romanee Conti 1997 (Lot 26, $16,000-24,000) and La Tache, Richebourg, Echezeaux and Grands Echezeaux all are offered in multiple vintages (Lots 29-38).

California: All of the biggest stars of California wines are on offer. Schrader’s Classic Napa Wines, The ABC’s of Napa; Abreu, Bond and Colgin as well as Harlan, Screaming Eagle and Sine Qua Non  are only a smattering of names on offer. Most lots were sealed since release from winery and stored in professional storage, making condition impeccable. 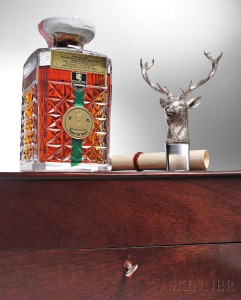 Prices realized will be available online at www.skinnerinc.com during and after the sale. The Skinner website also enables users to view all lots in the auction, leave bids, order catalogs and bid live, in real-time through SkinnerLive!.