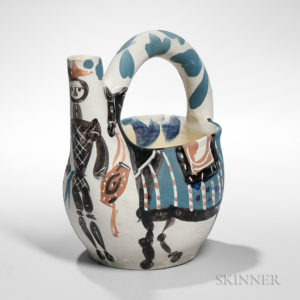 Jane Prentiss, Department Director, observes that both auctions celebrate the innovative use of materials and the adventurous concepts that characterize 20th century design. Wood and ceramic, fiber and laminate, metal and glass were re-imagined and used in new ways to meet the needs and tastes of a forward-looking, dynamic culture.

The 20th Century Design live auction will take place in Skinner’s Marlborough Gallery on August 24 at 12PM. The auction of nearly 450 lots includes pieces from the collection of George Wald, and notable material ranging from Scandinavian furniture to American ceramics.

George Wald, a Nobel Prize winning biochemist, and his wife Ruth, were discriminating and enthusiastic collectors beginning in the 50s and 60s, a seminal period in design innovation. Each item in the Wald’s collection was mindfully acquired and lovingly cared for. George was intrigued by indigenous cultures and he collected their art and artifacts, as well as the highly refined creations of such artists and personal friends as woodworker George Nakashima (Conoid chair, Lot 279, estimated between $3,000-5,000) and ceramicists Edwin and Mary Scheier (Large bowl, Lot 277, $2,000-3,000). Ruth Wald was especially interested in Scandinavian design and enriched their collection with such acquisitions as several pieces of furniture by Hans Wegner, including two Papa Bear chairs (Lots 217, 218, $6,000-8,000). 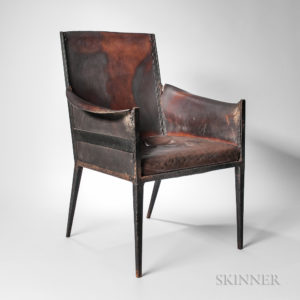 Another notable collection is from the estate of Father Paul Plante. Himself an accomplished artist in pastels, Plante acquired a large number of ceramics by Brother Thomas Bezanson. Bezanson’s restrained functional wares are distinguished by complex Asian-inspired glazes. (19 pieces including chalices, plates and tea bowl, Lot 357, $1,000-1,500).

Among the iconic pieces highlighting this auction:

Other notable offerings include several lots of Dunbar and George Wormley furniture, American-made icons of sleek design for the mid-century modern home; numerous examples of studio pottery as well as outstanding production pieces from Clewell, Rookwood, and Moorcroft; works on paper by Larry Rivers, Robert Freeman, and Roy Lichtenstein; Tiffany glass; and silver from Mexico by legendary artisans including William Spratling and Matilde Poulat. 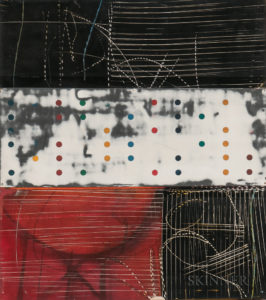 The online-only Modern Design auction continues the over-arching theme of functional design with more than 250 lots of appealing and approachably priced furniture, accessories and fine and decorative art.

The dynamic format of this timed online auction is especially suited to the up-to-date nature of its contents and to busy bidders with an adventurous spirit.

Auction previews are free and open to the public and held in Marlborough Wednesday January 11, 12PM-5PM and Thursday, January 12, 12PM-8PM. The print catalog is available for purchase from the Subscriptions Department at subscriptions@skinnerinc.com. Prices realized will be available at www.skinnerinc.com during and after the sale. The Skinner website enables users to view all lots in the auction, leave bids, and bid live, in real-time through SkinnerLive!