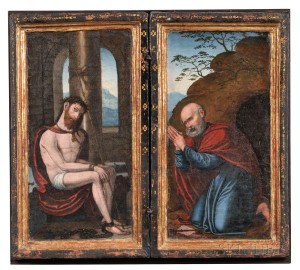 Skinner Inc.’s February 7th auction of American & European Works of Art will encompass a broad range of painting styles and regions. A robust selection of Old Master paintings includes an exceptional 16th Century Flemish School Diptych (Lot 302, estimated between $10,000 and $15,000). The diptych, which was most likely used for personal devotion, comes to auction through the Estate of Hester Marion Pickman of Boston and Bedford, Massachusetts.  Ms. Pickman, a maternal descendant of John Jacob Astor, Sr., and her husband, the scholar Edward Motley Pickman, lived in Paris between 1921 and 1923 where they befriended such luminaries as F. Scott Fitzgerald, Ernest Hemingway, and Natalia Goncharova. Also to be offered are  Jean-Victor Bertin’s Mountainous Landscape with Classical Figures (Lot 339, $25,000 to $35,000, and a striking early 17th Century French School oil painting entitled Allegory of Lust (Lot 307, $2,000 to $3,000). 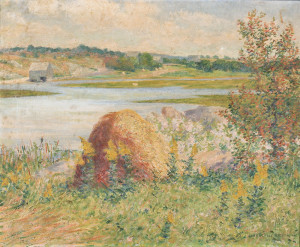 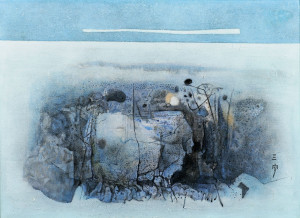 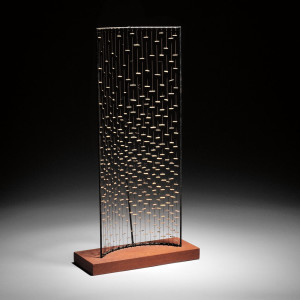 Sure to draw excitement among buyers is one of the auction’s top two lots: a maquette for one of the earliest commissioned site-specific architectural sculptures created by Harry Bertoia – the Altar Screen at MIT Kresge Chapel, c. 1950-1955 (Lot 656, $70,000 to $90,000). Commissioned by Cranbook colleague Eero Saarinen, the legendary suspended altarpiece screen is widely considered to be one of Bertoia’s most striking works. The model arrives from the collection of Robert Bradford Newman, who was a principal of the acoustical engineering firm which collaborated on the creation of the chapel.

The Sculpture section is also highlighted by a stunning work in bronze by Frederic Remington.  The Sergeant (Lot 435, $25,000 to $35,000), 1904, was acquired directly from the artist by his Yale classmate, humanitarian and philanthropist Edwin McClellan, who then passed the sculpture down through his family.

From early European treasures to contemporary works, Skinner will present a wide selection of prints to suit any collector’s tastes.

Among the modern and contemporary prints on the block is Roy Lichtenstein’s Mao, 1971 (Lot 72, $12,000 to $18,000), signed, dated and numbered “50/150” by the artist.  The lot is accompanied by the book The Adventures of Mao on The Long March by Frederic Tuten as well as the three black and red text strips with which the print was originally packaged. 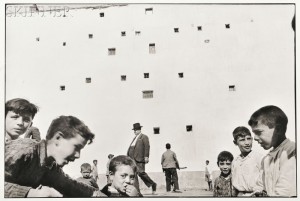 The first section of Fine Photography curated by specialist Michelle Lamunière includes a representative group of iconic photographs from the 20th century.

For the first time ever, collectors can also bid on over 100 lots from the comfort and convenience of home during Skinner’s inaugural online-only auction of select Prints & Photography and multiples, taking place February 3 through February 11. Robin Starr observes, “With over a week to peruse the offerings, it’s a great way for those new to the world of auction to get their feet wet – and to secure a great find at an affordable price.”

Bidders can also preview the online-only lots in person during the regular Boston preview hours.

Previews for all three auctions will be held on Wednesday, February 5, from noon to 5 P.M., Thursday, February 6, from noon to 8 P.M., and Friday, February 7, from 9 A.M. to 10 A.M.  Illustrated catalogs are available from the Subscription Department, at 508-970-3240, or from the Gallery. Prices realized will be available online, at www.skinnerinc.com, both during and after the sale. The Skinner website enables users to view every lot in the auctions, leave bids, order catalogs and bid live, in real-time, through SkinnerLive!