BOSTON, MA – Skinner, Inc. will present a strong selection of fine photographs for beginning and experienced collectors in its September 23, 2016, Fine Prints & Photographs auction, which opens for bidding at 12PM. The sale of 61 lots features works by modern and contemporary masters including Ansel Adams, Manuel Álvarez Bravo, Walker Evans, and Annie Leibovitz in addition to a special themed section celebrating photography in Boston and New England. 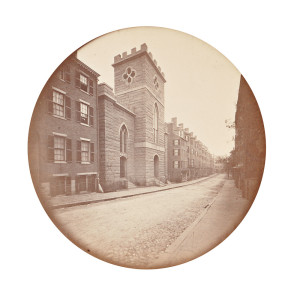 The New England region, and Boston in particular, has played an important role in the history of photography. Invented in 1839 in France, the daguerreotype process was the first practical means of obtaining permanent images with a camera, and was quickly adopted in America. One of the first demonstrations of this exciting new invention took place at the Massachusetts Historical Society in the spring of 1840. By 1850 the city was home to dozens of daguerreotype studios including that of Southworth and Hawes, who have been hailed as the first great American masters of photography. Two albumen silver prints by Josiah Johnson Hawes from c. 1860 will get the bidding started (Lot 103, estimated between $1,000-1,500, and Lot 104, $1,200-1,800). 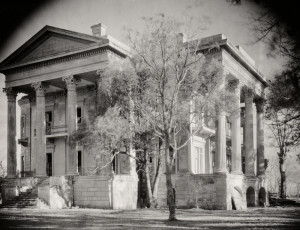 As photographic technology evolved, photographers like Francis Hacker (Lot 105, $1,000-1,500), Thomas Marr (Lot 106, $300-500), and later Bradford Washburn (Lots 113 and 114, both $1,000-1,500), produced a range of commercial and documentary photography, from urban street views, to interiors of the Isabella Stewart Gardner Museum to snow-covered mountains in Alaska. At the end of the 19th century, Alvin Langdon Coburn (Lot 109, $500-700) and the Pictorialist movement attempted to elevate photography to the status of art, emphasizing artistic expression over subject matter. Two masters of the first half of the 20th century are Walker Evans (Lots 110 and 111, both $1,000-1,500), who created poignant photographic records of the American vernacular, and Harry Callahan (Lots 116 and 117, both $1,000-1,500), who explored nature, people, and architecture with an experimental eye.

The second half of the 20th century was a particularly fertile period for photography in Boston with teaching programs established at major educational institutions. Nick Nixon (Lot 120, $1,000-1,500), Jim Dow (Lot 131, $600-800), Barbara Bosworth (Lot 123, $700-900), and Henry Horenstein (Lot 127, $700-900) are well known in the area for their photographs, as well as for their influential teaching. The growth of the photography market in the 1970s was reflected in the opening of galleries, as well as increased acquisitions and exhibitions at museums, and contemporary photography has continued to flourish. This auction offers just a sampling of the work of artists who have contributed to, and continue to enrich, the history and practice of photography in the region since the exciting demonstration of Daguerre’s invention in Boston in 1840. 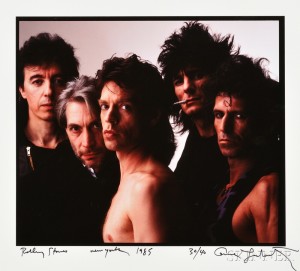 Highlights from the entire sale include, but are not limited to:

Previews for the auction will be held on Wednesday, September 21, from 12-5 PM; Thursday, September 22, from 12-8 PM; and Friday, September 23, from 9-12 PM. The print catalog (2930B) is available from the Subscriptions Department at subscriptions@skinnerinc.com or from the gallery. Prices realized will be available at www.skinnerinc.com during and after the sale. The Skinner website also enables users to view all lots in the auctions, leave bids, order catalogs and bid live, in real-time through SkinnerLive!

Skinner auctions draw international interest from buyers and consignors alike, with material regularly achieving record prices. The company’s auction and appraisal services focus on fine art, jewelry, furniture, and decorative arts from around the globe, as well as wine, fine musical instruments, rare books, Asian art, clocks, Judaica, and more. Widely regarded as one of the most trusted names in the business, Skinner appraisers have appeared on the PBS-TV series, Antiques Roadshow, since the show’s inception. Skinner has galleries in Boston and Marlborough, Massachusetts, as well as in New York City and Coral Gables, Florida, with bidders participating in person, by phone, and online. Join auctions live with SkinnerLive! and Bidsquare. For more information and to read our blog, visit the website at www.skinnerinc.com, find us on Facebook, or follow us on Twitter and Instagram.