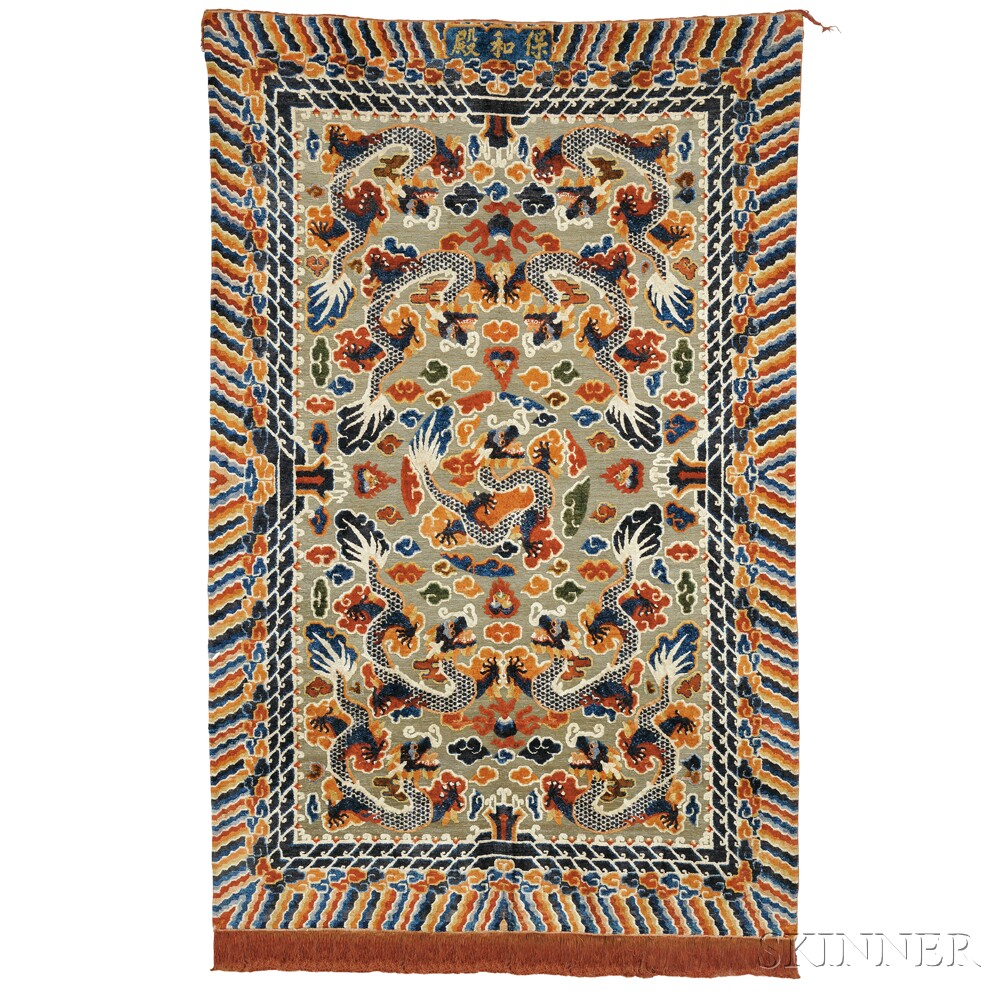 BOSTON, MA – February 29, 2016 – Skinner, Inc. is pleased to announce its auction of Fine Oriental Rugs & Carpets on Sunday, March 13 at 12PM. With over 300 lots on offer, the sale features a number of early, striking collector’s pieces, as well as a broad range of 19th century furnishing rugs and carpets, many of which were consigned from estates or private collections.

Among several early Chinese rugs and rug fragments in the sale, one of the most significant is a 16th century Ming Imperial Carpet Fragment (Lot 84, estimated between $8,000 and $10,000).  An illustration of a similar carpet was featured in HALI  (Issue 173, page 85, “Forgotten Carpets of the Forbidden City”), and a fragment from the same carpet is illustrated in “Glanz der Himmelssoehne, Kaiserliche Teppiche aus China 1400 – 1750,” the groundbreaking catalog by Michael Frances and Hans Koenig (Plate 6, page 66).

We also are pleased to present a magnificent Beijing “Nine Dragon” Silk Pile and Metal Thread Imperial Carpet from the late 19th century, with an inscription reading “Baohedian” (“Hall of Preserving Harmony”) (Lot 87, $20,000-$25,000). 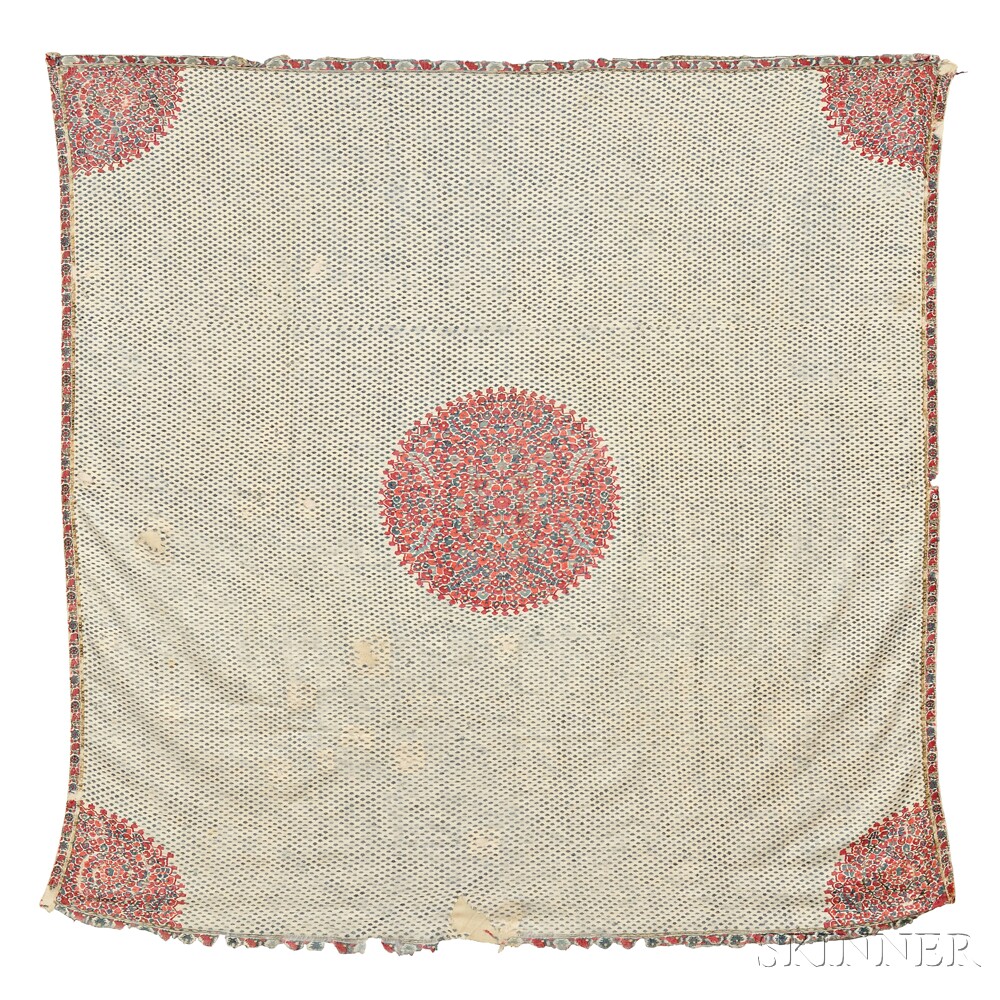 Included in the sale are a number of early Anatolian kilims that combine amazing color with powerful design. Among the highlights are a Central Anatolian multi-niche Konya Kilim from the 18th century (Lot 144, $4,000-$5,000)  and a modest, but charming, example of Turkish village weaving at its best – a mid-19th century Mudjar Yastik with an unusual tree-of-life design (Lot 3, $300-$500).

The sale is particularly strong in Persian “workshop” rugs and carpets of sophisticated artistry and exceptional technical finesse. Included in this category are a number of very good condition 19th century Kashans, Lavar Kermans, Fereghan Sarouks, and Serapis, among the finest of which is a Serapi Carpet, c. 1890 (Lot 107, $6,000-$8,000).  Examples of silk rugs range from a Silk Warp Isphahan Carpet, c. 1920 (Lot 67, $5,000-$6,000) to a Late 20th century Silk Persian Carpet of extremely fine weave (Lot 19, $1,200-$1,500), one of several fine all-silk rugs and carpets from a Florida estate. 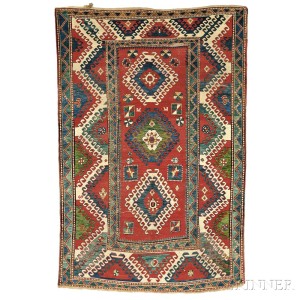 Please join Skinner on Friday, March 11 at 6:30PM for a lecture by Lawrence M. Kearney, Skinner’s Director, Fine Oriental Rugs & Carpets, titled “The Story of Rugs is the Story of Civilization.” The event is free and open to the public, and refreshments will be served, but space is limited. Please RSVP to 508-970-3240 or events@skinnerinc.com.

Previews for the auction are free and open to the public. Previews will be held in Boston on Friday, March 11 from noon to 7PM; on Saturday, March 12 from noon to 5PM; and on Sunday, March 13 from 9AM to 11:30AM. Illustrated catalog 2884B is available from the Subscriptions Department at 508-970-3240 or from the Gallery. Prices realized will be available online at www.skinnerinc.com during and after the sale. The Skinner website also enables users to view all lots in the auction, leave bids, order catalogs and bid live, in real-time through SkinnerLive!

2 thoughts on “Fine Oriental Rugs & Carpets On Offer at Skinner”