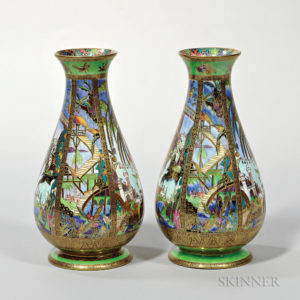 BOSTON, MA – Skinner, Inc. will present an auction of European Furniture & Decorative Arts in its Boston Gallery on Friday, October 13. With over 700 lots on offer, the auction will feature an expansive selection of fine ceramics and silver as well as European furniture and decorative arts of the 16th through early 20th centuries.

The auction opens on Friday at 10AM with over 200 lots of silver featuring a broad range of flatware and hollowware from the United States, England, and Europe. Prominently featured are numerous tea sets particularly from strong American makers such as Tiffany, Gorham, and Whiting.

Highlights in the silver section include: 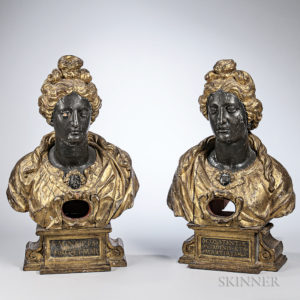 English ceramics are particularly well-represented throughout the auction. Featured are over 30 lots of Wedgwood including examples of Wedgwood & Bentley, 18th-century dice ware, and pieces by Emile Lessore. Early Staffordshire pottery figures from a private collection are also featured and include examples from bocage figural groups, early busts and historical subjects to oversized figures and whimsical watch stands. Additionally, there is an excellent grouping of Sunderland-type pink lustreware with numerous transfer printed jugs as well as a fine assortment of Royal Doulton stoneware toby subjects modeled by Harry Simeon, and several examples of Moorcroft. 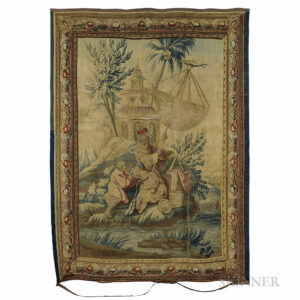 Furniture and decorative art offerings in the auction span a wide array of styles and mediums. With strong collections ranging from animalier bronzes to American brilliant cut glass, there is something for every buyer. Prominently featured are 30 lots from the Saint Louis Art Museum sold to benefit their acquisition fund, which includes American Victorian furniture as well as sizeable Sevres vases and Georgian mahogany knife boxes. Five tapestries designed after Jean-Joseph Dumons from the Baltimore Museum of Art will also be sold to benefit their acquisition fund.

Additional highlights from the auction include:

Previews for the auction are free and open to the public. Previews will be held in Boston on Wednesday, October 11 from 12PM – 5PM and on Thursday, October 12 from 12PM – 8PM. An illustrated catalog 3031B is available from the Subscriptions Department at subscriptions@skinnerinc.com or from the Gallery. Prices realized will be available online at www.skinnerinc.com during and after the sale. The Skinner website also enables users to view all lots in the auction, leave bids, order catalogs and bid live, in real-time through SkinnerLive!