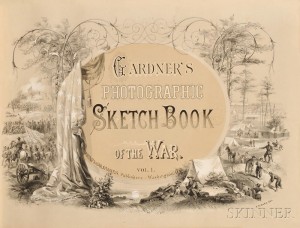 19th century photography performed well, led by Alexander Gardner’s Photographic Sketch Book of the War. Skinner’s complete offering of this evocative 1866 work, containing one hundred photographs of important landmarks, battlefields, and incidents of the Civil War was the auction’s top lot, selling for $192,000.

Another remarkable photography highlight was a group of eighty-four images of the American West by Andrew Russell, c. 1869 , fetching $174,000 after a heated bidding session, and smashing the pre-sale high estimate of $5,000. Many of these stunning images, documenting the progress of the Trans-Continental Railroad amidst impressive natural scenery, were published in Russell’s The Great West Illustrated in a Series of Photographic Views across the Continent. Further demonstrating excitement for photographs of the American West, Thirty Photographs of the American West and Mexico, by William H. Jackson, c. 1880 sold for $10,700.

A later photographic offering, a group of framed black and white photographs depicting an automotive crossing of North America, c. 1910 brought in $1,320. Spotlighting the early days of the beloved automobile, this unique collection handily surpassed the high estimate of $300.

Skinner’s Director of Books and Manuscripts Devon Gray observed, “We were pleased to see early photo offerings achieve excellent results in the November 17 auction. In particular, 19th century images and photos of the American West were well-received, demonstrating a growing collector base for these subjects.” 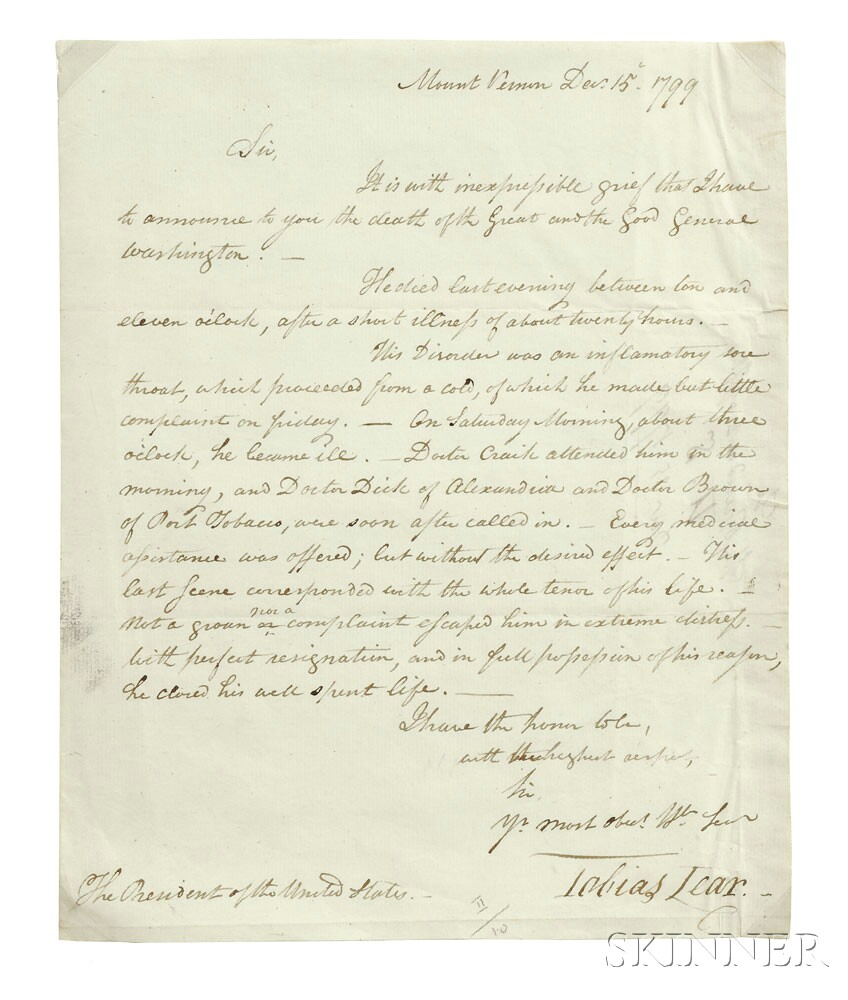 Skinner also witnessed a passionate bidding war for a 1799 letter penned by Tobias Lear, informing President John Adams of the death of George Washington, which ultimately fetched $108,000, soaring past the high estimate of $25,000. Gray explained, “Items relating to George Washington typically do well at auction, and this sale was no exception.”

Skinner achieved a number of other results for rare and important documents in this auction. An additional highlight, among the sale’s top ten lots, was a short, but evocative note by Emily Dickinson which sold for $28,000. Sent to the mother of author MacGregor Jenkins, with a tiny sketch of Amherst, the note stated, “I omitted the snow on the roof, distrusting the premonition- Emily.” According to Gray, the item “perfectly showcases Emily Dickinson’s enigmatic personality, a delight for a Dickinson buffs.”

From established collectibles by Audubon, to obscure medieval texts, the November 17th auction realized robust prices for books. Two of Audubon’s works featured in the top ten, including a first octavo edition of Audubon’s The Birds of America, which sold for $36,000. 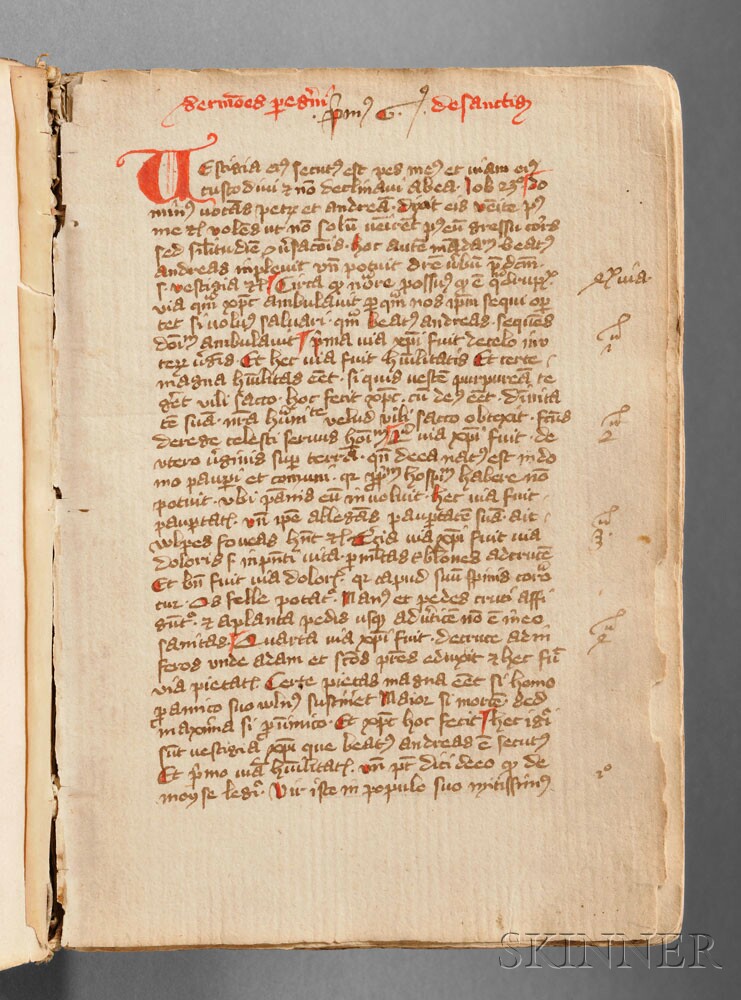 The ever popular author Ayn Rand also appeared among the auction’s lots. Two volumes inscribed to classical music figure Deems Taylor, Atlas Shrugged and For the New Intellectual, far exceeded the high estimate, selling for $10,200. Gray explains this lot’s appeal as a factor of not only Ayn Rand’s following, but also, its association with a second well-known individual, Deems Taylor.

Following the success of this auction, Skinner plans to offer more outstanding examples of Fine Books & Manuscripts in 2014. Gray observed, “This auction, in terms of its diversity of offerings in both established and newer areas for collectors, represents the direction in which we will continue to progress.”