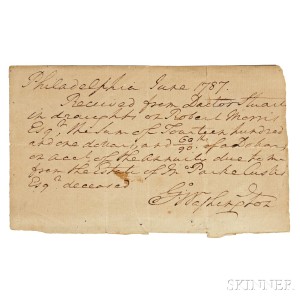 Boston, MA –October 26, 2015 – Skinner, Inc. will present a Fine Books & Manuscripts auction as part of Boston’s traditional fall calendar of rare book events. The 39th Boston International Antiquarian Book Fair at the Hynes Convention Center runs during the weekend of November 13-15, and the Skinner auction of over four hundred historical and literary documents, fine and rare books, prints, and maps commences on Sunday, November 15th, at 11AM. This sale, like those that have come before it, will include many rarities and finds that collectors and dealers prize and covet.

The featured lot of the auction is a complete copy of James J. Audubon’s Quadrupeds of North America (Lot 93, Estimated between $200,000 and $300,000), the imperial folio edition, illustrated with 150 hand-colored lithographs of the mammals of the continent. These prints are well known to collectors, as they have been collected, framed, and displayed since they were new, over 160 years ago. Complete collections in the original bound volumes are increasingly rare and are prized because the prints are preserved in pristine condition, protected as they are from the elements within the closed books. The sale of this set will benefit an independent Audubon Society. 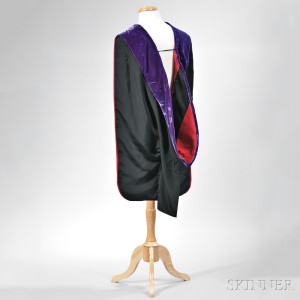 Of local interest, the sale will also include a number of typed commencement addresses delivered by John F. Kennedy in 1956 with his handwritten notes and corrections. The junior Senator from Massachusetts received honorary degrees from Harvard, Boston College, and Springfield College that spring, and this sale will feature the academic hoods worn on those occasions, along with the speeches (Lots 44 and 46-48). Also of interest are a group of slides from the Kennedy administration, including images of Kennedy’s funeral and the dawn of the Johnson era (Lot 45, $3,000 to $4,000). 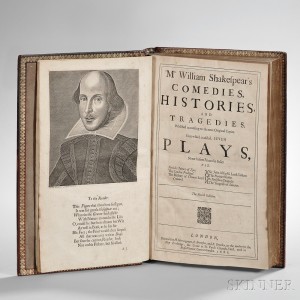 Previews for the auction will be held at Skinner’s Boston gallery on Thursday, November 12, from noon to 5 PM; Friday, November 13, from 10AM to 7PM; Saturday, November 14, from 10AM to 4PM; and Sunday, November 15, from 9AM to 10:30AM. Illustrated Catalog #2865B is available from the Subscription Department, at 508-970-3240, or from the Gallery. Prices realized will be available online, at www.skinnerinc.com, both during and after the sale. The Skinner website enables users to view every lot in the auction, leave bids, order catalogs and bid live, in real-time, through SkinnerLive! and Bidsquare.

Skinner auctions draw international interest from buyers and consignors alike, with material regularly achieving record prices. The company’s auction and appraisal services focus on fine art, jewelry, furniture, and decorative arts from around the globe, as well as wine, fine musical instruments, rare books, Asian art, clocks, Judaica, and more. Monthly Skinner Discovery auctions feature a breadth of estate material. Widely regarded as one of the most trusted names in the business, Skinner appraisers have appeared on the PBS-TV series Antiques Roadshow, since the show’s inception. Skinner has galleries in Boston and Marlborough, Massachusetts, and offices in New York City and in Miami, Florida. Bidders participate in person, by phone, and online; join auctions live with SkinnerLive! and Bidsquare. For more information and to read our blog, visit the website at www.skinnerinc.com, find us on Facebook, or follow us on Twitter.