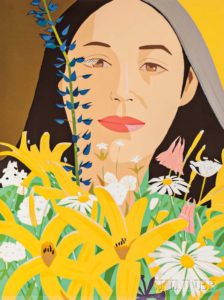 BOSTON, MA – Skinner, Inc. will present an impressive selection of American & European Works of Art at auction on Friday, May 19. The day will be divided into two parts: Fine Prints & Photographs at 12PM and Fine Paintings & Sculpture at 4PM. The auction offers an extensive variety of paintings, sculpture, prints, photographs, and works on paper ranging from Old Master prints through Modern and Contemporary offerings.

Matisse’s Marie-José en robe jaune (Lot 95, Estimated between $50,000-80,000) is a standout highlight in the prints section of the auction. Robin Starr, Director of American & European Works of Art, says of this aquatint, “Matisse’s use of line and color takes the contemplative subject of a woman seated by a table with a book open on her lap, and turns it into something animated and vigorous.” 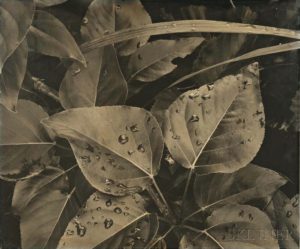 The auction offers a broad range of subject matter, time, and geography. There are works by American icons Edward Curtis and Edward Steichen, examples from French, Swiss, Cuban, and Canadian photographers, and prints dating from the 1850s to the 2000s.

Michelle Lamunière, Fine Photographs Specialist, states that among the highlights are two mural-sized gelatin silver prints by Ansel Adams. Leaves and Raindrops, Glacier Bay, c. 1948 (Lot 142, $15,000-25,000) displays his fascination with the details of the natural world. His choice of smooth, matte, double-weight paper emphasizes what Adams described in a 1940 article as “design, pattern, and sheer beauty of tonal relationships.” 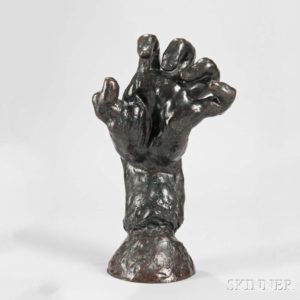 Leading the auction is Auguste Rodin’s Grande Main Crispée Gauche (Large Clenched Left Hand) (Lot 301, $120,000-180,000) originally modeled circa 1885, possibly as a study, later rejected, for his great sculpture The Burghers of Calais. This bronze exemplifies Rodin’s intense interest in the ability of hands to express a range of profound emotions.

Paul Revere, (Lot 294, $20,000-40,000) is a Cyrus Dallin sculpture of the Revolutionary War patriot. The 21-year-old Dallin won a competition for a monument to Revere to be placed near Boston’s historic Old North Church. He made seven different versions over many years. This bronze is one of only twelve made from an original plaster of the 1899 version in the Museum of Fine Arts, Boston.

Native-American themed pieces by contemporary sculptors Metz Castleberry and Dave McGary  are dynamic examples of a rich tradition best known through the work of Frederic Remington, represented in this auction by Sergeant, 1904 (Lot 293, $4,000-6,000). 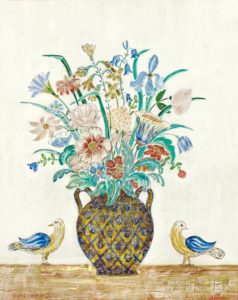 Chosen for the catalog cover is Charles Prendergast’s Untitled (Vase with Flowers and Birds), 1936 (Lot 382, $30,000-50,000). Rendered in tempera and gold leaf on an incised gessoed panel, the medium recalls the early Italian works that Prendergast admired. The style and subject matter are much influenced by American folk art, which Prendergast helped to popularize in the first half of the 20th century.

A collection of post-impressionist drawings from the estate of Elaine Sargent is another significant component of this auction, with examples from such well-known artists as Edouard Vuillard, Raoul Dufy, Pierre Bonnard, and others.

Auction previews are free and open to the public. They will be held in Skinner’s Boston gallery, 63 Park Plaza, on Wednesday, May 17, 12 – 5PM, Thursday, May 18, 12 – 8PM, and Friday, May 19, 9 – 10AM. The catalog is available for purchase from the Subscriptions Department at subscriptions@skinnerinc.com. Prices realized will be available at www.skinnerinc.com during and after the sale. Leave bids, and bid live, in real-time through SkinnerLive! and Bidsquare