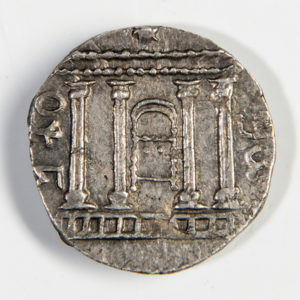 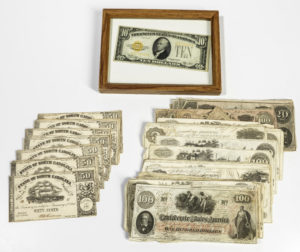 Group of Confederate and Southern States Currency and a Framed 1928 $10 Gold Certificate, sold for $3,444

A Group of Confederate and Southern States Currency and a Framed 1928 $10 Gold Certificate, sold exceptionally well.  Manuscript signatures acknowledging interest payments garnered interest for the historically interesting personalities such as Captain T.A. Roberts and San Antonio, TX issues which tend less commonplace that the southern states and of interest. Sold for $3,444. 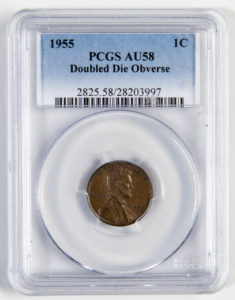 The “king” of the error coins, a 1955 Doubled Die Obverse Lincoln Cent, PCGS AU58 sold for $1,476.   Errors in the engraving in the die for the lettering and date on the obverse have a doubling effect making it seem like the viewers eyes are crossed. One of the most desirable in the Lincoln cent series. 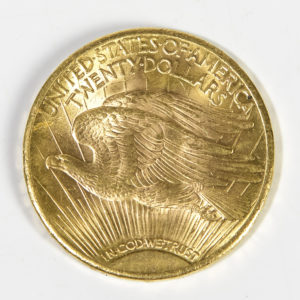 Gold coins are always sought after by collectors. Designed by the important American sculptor, Augusts Saint-Gaudens, the 1928 $20 St. Gaudens Double Eagle Gold Coin depicts imagry of a Bald Eagle in flight in front of a sun. This coins sold for 1,599.

Skinner is currently accepting consignments of coins & currency for the August 2019 auction. Contact coins@skinnerinc.com or 508-970-3191 to discuss including your single item or collection in this auction.