BOSTON, MA – August 11, 2014 – Exceptional Plains Indian clothing and beaded objects will be available at Skinner, Inc.’s American Indian & Ethnographic Art auction on September 6, 2014 in Boston, alongside tribal art from Africa, Melanesia, Polynesia, and Australia, pre-Colombian art, and objects from the Northeast woodlands and Northwest coast of North America. “Rare objects at a range of price points will catch the interest of both new and advanced collectors,” says Douglas Deihl, Director of American Indian & Ethnographic Art. 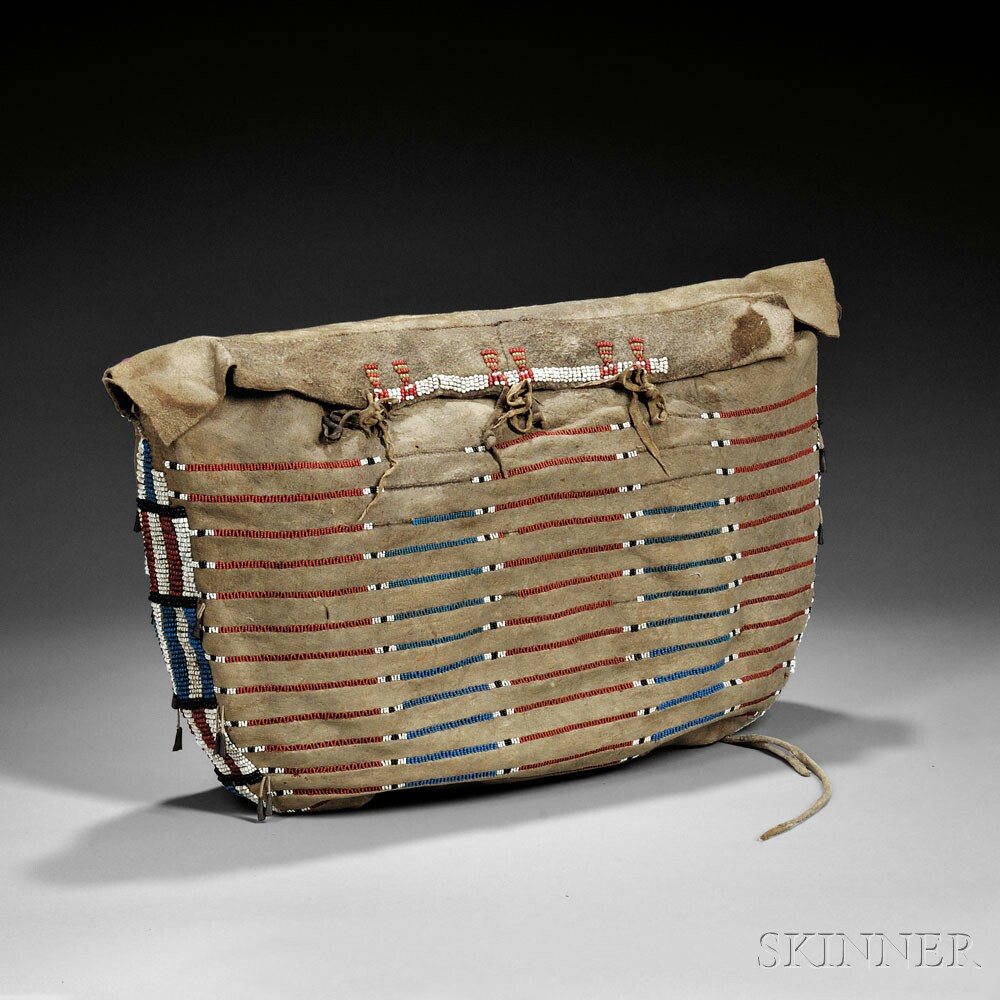 One of two exceptional Hunkpapa Sioux double saddle bags (Lots 134 and 135, each estimated at $20,000 to $25,000) bears a striking resemblance to an example in the famous Ogden B. Reed Northern Plains Indian Collection, and may be by the same maker. Both of the saddle bags date to before the battle of the Little Bighorn, when the famous Hunkpapa Sioux leader, Sitting Bull, defeated General Custer. The patina on these saddle bags reveals that they were used on horseback for years. “In my opinion,” said Deihl, “These are two of the finest saddle bags of this kind ever to be offered at auction.” 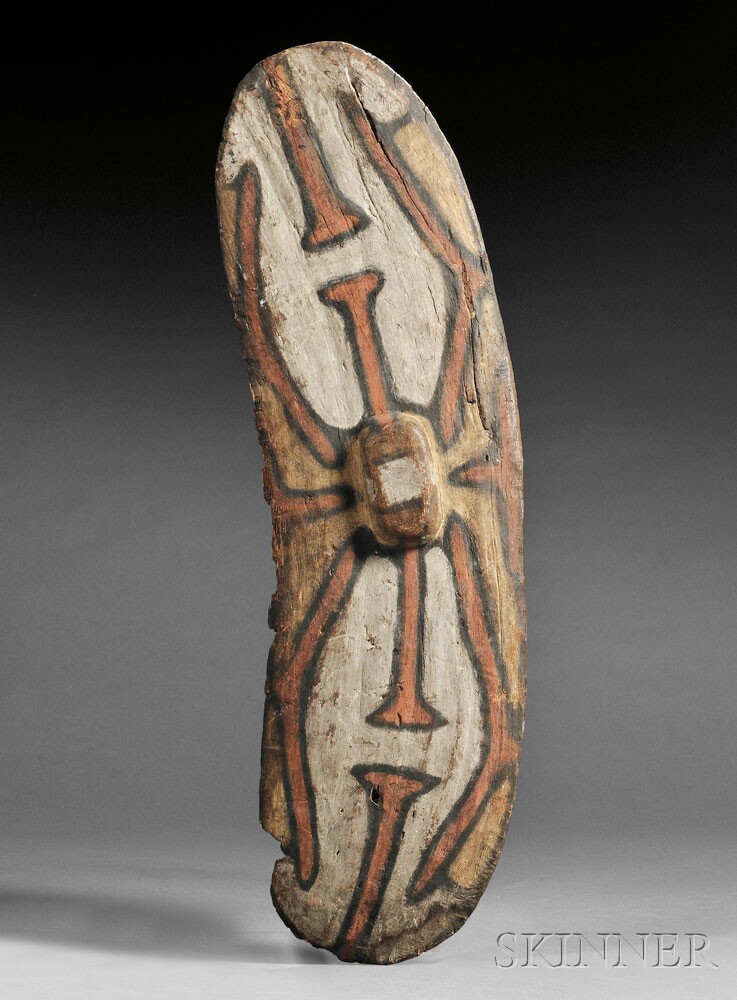 Collectors with an interest in African art will find a nice selection of dance masks, figures, and other carvings. A large Baule bush-cow helmet mask (Lot 30, $2,500 to $3,500) was exhibited twice at the Carnegie Institute and once at the Museum of Primitive Art.

A rare Aboriginal rainforest shield (Lot 93, $10,000 to $15,000) was purchased in the Midwest for just $50. Neither the buyer nor seller realized that the shield was a real treasure that will appeal to both a traditional and contemporary art aesthetic.

Objects from the South Pacific regions of Melanesia and Polynesia include daggers and other items from the collection of Leo and Lillian Fortess, along with weapons collected by George Collins while serving on a whaling ship out of New Bedford in the late 1850s. 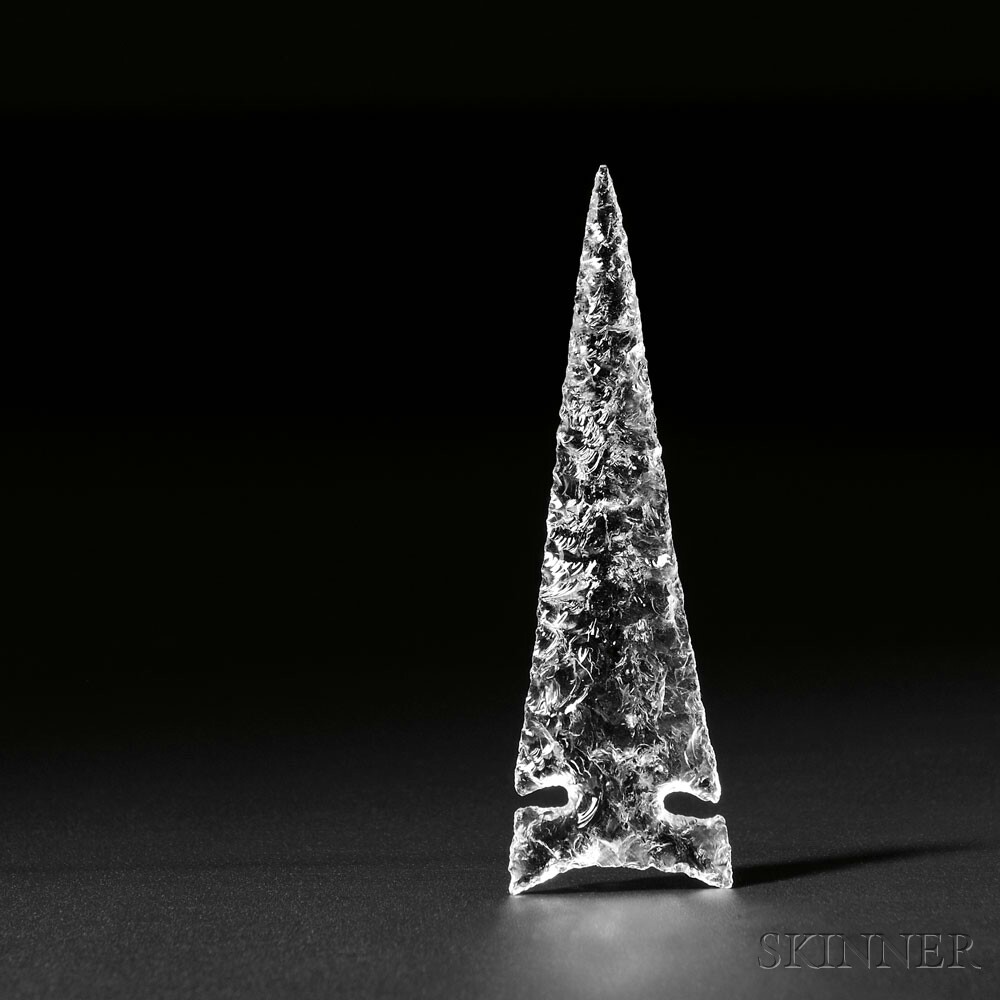 In 1911, a Native American man walked out of the California wilderness. Anthropologists identified him as the last living descendent of the Yahi people, and gave him the name “Ishi,” which means “man” in the Yahi language. For the next four years, Ishi lived at the Anthropology Museum of the University of California, where he shared songs and stories, and demonstrated tool making and hunting techniques. A glass point that Ishi made during this period (Lot 189, $7,000 to $9,000) will be offered at auction along with a photograph of him. Sadly, Ishi passed away in 1916 from tuberculosis. 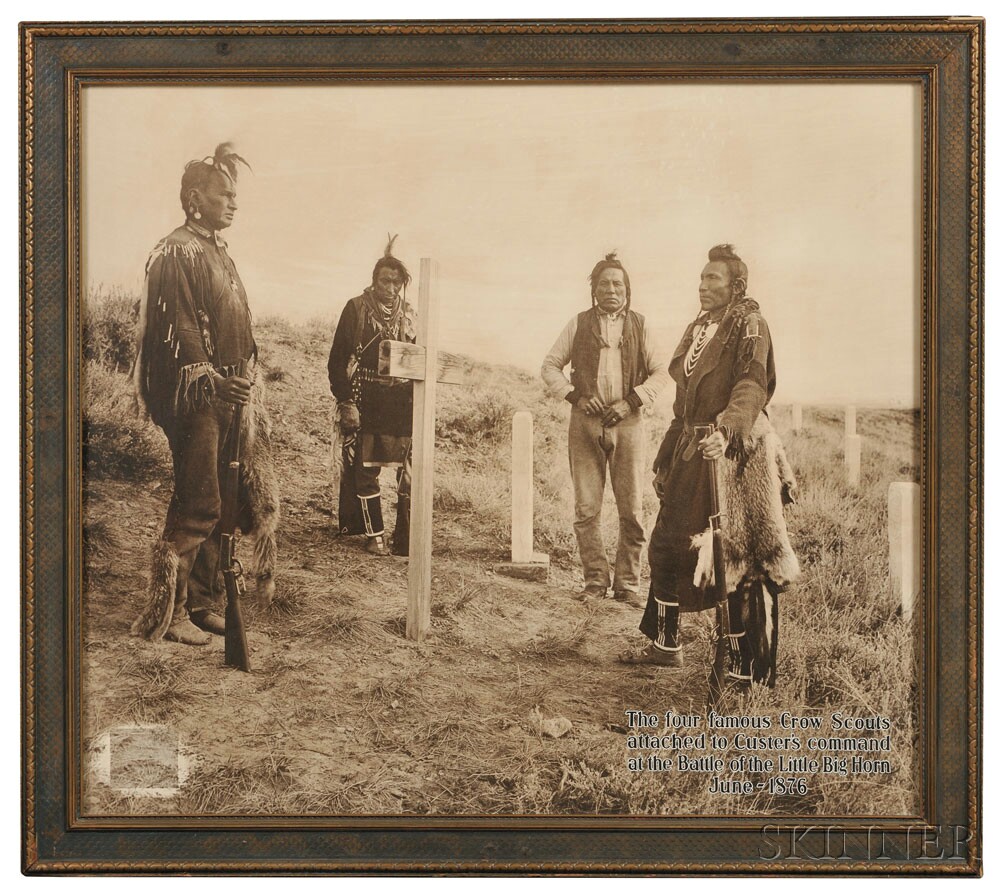 A large group of Southwest textiles features several Germantown weavings, including an exceptional multiple pattern weaving (Lot 290, $7,000 to $9,000). A Navajo classic Chief’s blanket (Lot 299, $5,000 to $7,000) comes from a Maine family that handed it down for generations. Pottery and baskets will also be offered, and a captivating photograph by Joseph K. Dixon (Lot 247, $6,000 to $8,000) depicts four Crow scouts at the gravesite for the battle of the Little Bighorn. The photo was taken during the famous Wanamaker Expeditions of 1908, 1909, and 1913.

Previews for the auction will be held on Thursday, September 4, from noon to 5 p.m., Friday, September 5, from noon to 7 p.m., and Saturday, September 6, from 8 a.m. to 9:30 a.m. Illustrated Catalog #2745B is available from the Subscription Department, at 508-970-3240, or from the Gallery. Prices realized will be available online, at www.skinnerinc.com, both during and after the sale. The Skinner website enables users to view every lot in the auctions, leave bids, order catalogs and bid live, in real-time, through SkinnerLive!