MARLBOROUGH, MA – January 28, 2019 – Coins and currency are seen not only as a utilitarian tool for commerce but also as miniature works of art. These small sculptures and engravings historically feature gods and goddesses, rulers, and allegorical figures, rendered in an artistic manner. The Skinner February auction, online from February 13-22, of coins and currency highlights some of the most desirable and beautiful of these designs. 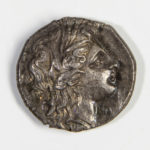 Among these is a selection of ancient coins, primarily Greek and Roman in origin, that exhibit strong strikes and fantastic surfaces. Highlights include a toned nomos from Metapontum (Lot 2004, Estimate: $800-1,200), depicting Demeter, an ear of barley, and two amphorae. Another Lucanian nomos from the city of Herakleia (Lot 2005, Estimate: $600-800) features the head of Athena wearing a Corinthian helmet decorated with a scylla, the reverse of Herakles with a lion pelt and club. Both of these coins show very little evidence of circulation and wear to the high relief, making these exceptional examples of their types. 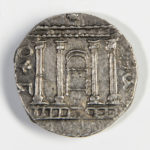 Lastly is an undated year 3 Judaean sela from the Bar Kokhba Revolt (Lot 2012, Estimate: $4,000-6,000) with the Temple of Jerusalem on the obverse and a lulav and etrog on the reverse. These coins are highly collectible and prized for both their symbolism and rarity as a three-year issue.

Fast forward many centuries across the pond to the American 1804 draped bust large cent (Lot 2023, Estimate: $6,000-8,000), offered in a PCGS VF25 holder. With a small mintage of only 96,500 and survival estimates of less than 500, this is one of the keys of series. And although graded a Very Fine, a majority of certified examples are Fine and lower in condition. 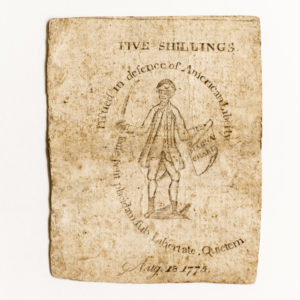 This auction will be held online only. It offers an excellent opportunity to bid at leisure and to acquire items of numismatic interest and importance from a leading auction house of impeccable reputation.

Skinner attracts top consignments and commands record-breaking prices in the international auction marketplace. With renowned expertise and extraordinary service, Skinner is the place for buyers, sellers and the passionately curious. Skinner appraisers are familiar faces on PBS’s 16-time Emmy Award-nominated ANTIQUES ROADSHOW. Visit us in Boston, Marlborough, New York or Miami, or online at https://www.skinnerinc.com.