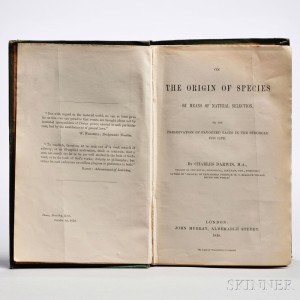 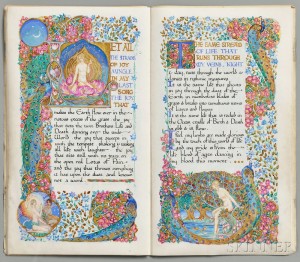 Illustrated books are also featured in the auction, along with Audubon and other natural history prints and a very strong section of historic maps. Other highlights include a very early Helen Keller letter (Lot 1051, $3,000-$5,000) and a stunning illuminated manuscript from 1917 by Jessie Bayes (Lot 1131, $15,000-$17,000).

Previews for the auction are free and open to the public. Previews will be held in Boston on Wednesday, May 24 from 10AM to 5PM and on Thursday, May 25 from noon to 7PM. Illustrated catalog 2891T is available for download or viewing online at www.skinnerinc.com. Prices realized will be available online at www.skinnerinc.com during and after the sale. The Skinner website also enables users to view all lots in the auction, leave bids, order catalogs and bid live, in real-time through SkinnerLive!