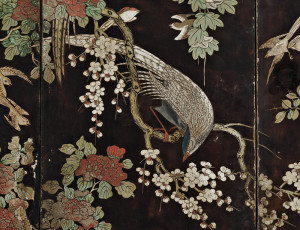 BOSTON, MA – March 4, 2016 –Skinner, Inc. is pleased to announce its first Asian Works of Art auction of 2016, to be held in Boston Saturday, March 19 at 11AM. Encompassing more than 500 lots and featuring Chinese and Persian ceramics, jades, textiles, cloisonné and an important Coromandel screen, the sale will coincide with the annual Spring Asia Week celebration of Asian art in New York. 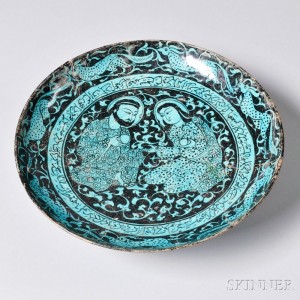 Also on offer are Persian ceramics from the collection of Marion E. James (1918-2015), professor emerita of the University of New Hampshire, who traveled extensively in the Middle East in the mid-20th century. The majority of the ceramics date from the 10th to the 14th century; of particular note are Lot 9b, a 12th/13th century Polychrome Pottery Garrus Bowl with Figural Decorations ($3,000-$5,000) and a Turquoise and Black Kashan Plate dating from the 13th/14th century (Lot 9d, $2,000-$2,500).

Other Collections and Highlights

Other important ceramics include Lot 313 ($8,000-$10,000), a Pair of Blue and Green Covered Dragon Jars, possibly Daoguang period; this lot and several others in the sale descended through the family of Ames Nowell of Massachusetts. Among lots from the collection of

Another exceptional highlight from the sale is a rare and excellent example of a Qianlong period Cloisonné Ice Chest (Lot 69, $40,000-$60,000) whose polychrome decoration of fruits, insects and flowers is a feast for the eyes. 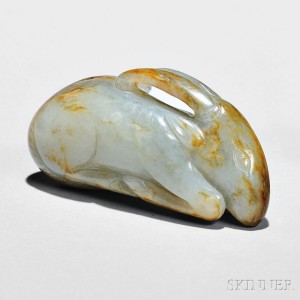 Representative of several early dragon robes and other fine textiles in the sale is Lot 407, a Blue Silk Formal Embroidered Dragon Robe purchased in China in the early 1900’s ($3,000-$5,000).

Previews for the auction are free and open to the public. Previews will be held in Boston on Thursday, March 17 from 12PM to 5PM; on Friday, March 18 from 12PM to 7PM; and on Saturday, March 19 from 9AM to 10:30AM. Illustrated catalog 2885B is available from the Subscriptions Department at 508-970-3240 or from the Gallery. Prices realized will be available online at www.skinnerinc.com during and after the sale. The Skinner website also enables users to view all lots in the auction, leave bids, order catalogs and bid live, in real-time through SkinnerLive!