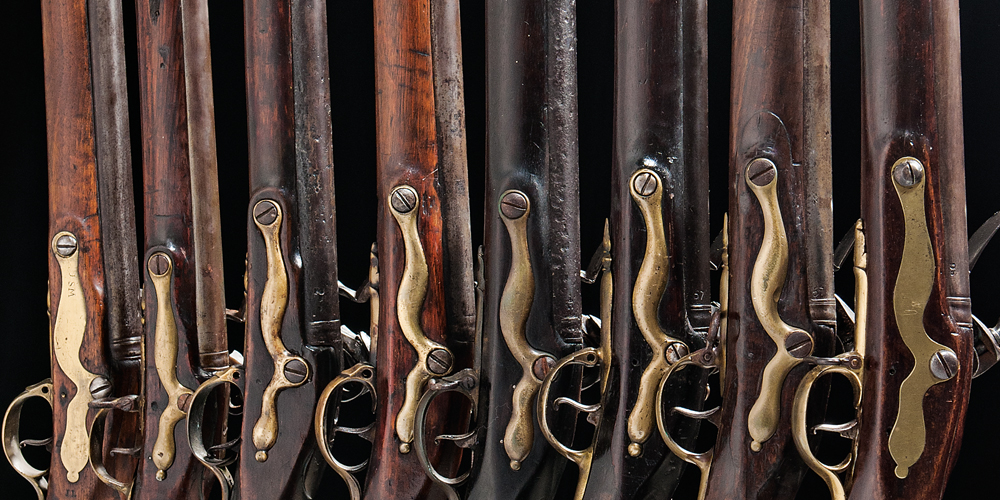 “The Collection of Billy Ahearn”

The Collection of Billy Ahearn featured in the upcoming Historic Arms & Militaria auction includes numerous rare examples of British, French, and American military muskets with provenance to specific soldiers or regiments that played prominent roles in the American Revolution from Lexington & Concord through the conclusion of the war in the early 1780s. Please join us on October 31 for a talk about the collection by guest speaker Erik Goldstein.

ERIK GOLDSTEIN is Senior Curator of Mechanical Arts & Numismatics at the Colonial Williamsburg Foundation.  He originally hails from New York City, and is a lifelong student of the numismatics, arms, military history and the material culture of the 17th & 18th centuries.  After receiving a BA in Fine Arts/Illustration from Parsons School of Design, he spent the next 12 years as a professional numismatist and consultant. 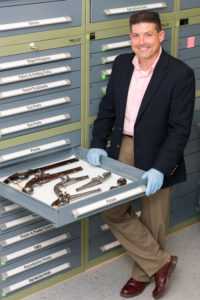 Since accepting his position at Colonial Williamsburg, Erik has focused on using his two distinct specialties as educational platforms.  In the area of military history, he has lectured at the War College of the Seven Years War at Fort Ticonderoga and the Annual Guilford Courthouse Revolutionary War Lecture Series amongst numerous others.  He instructs a three-year syllabus on the coins, medals and paper money of Colonial America as part of the American Numismatics Association’s Summer Seminar held every June.

In addition to more than two dozen articles in both specialties, he has authored six books relating to antique weaponry and military history; The Bayonet in New France 1665-1760 (1997), The Socket Bayonet in the British Army 1687–1783 (2000), 18th Century Weapons of the Royal Welsh Fuziliers from Flixton Hall (2002), The Brown Bess, an Identification Guide (2010), Ray’s Story, A Lost Air Gunner of the 454th Bomb Group (2013), and most recently The Swords of George Washington, published in early 2016.

Goldstein’s awards include the “Man at Arms Cup” for outstanding service to the field of Arms & Armor in 1997, the Numismatic Literary Guild’s Best Article award for 2010, and an honorary Doctorate of Numismatics from the Florence Schook School of Numismatics at the American Numismatic Association.

This event is held in conjunction with the Historic Arms & Militaria auction on November 2.