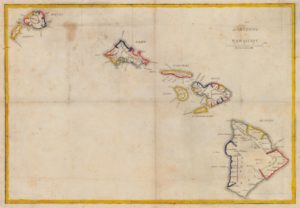 Hawai‘i is closer to Massachusetts than you may think. Discover how the Bay State became a hotbed of early Hawaiian printing with the American Antiquarian Society’s curator of books, Elizabeth Watts Pope. She will show treasures from the AAS research library to illustrate the little-known but fascinating history of the earliest printing on the Hawaiian Island and its Massachusetts connections.

The story begins almost two hundred years ago when a book was one of the direct causes that prompted missionaries (both Native Hawaiians and U.S. citizens) to sail from Boston to Hawai‘i, bringing with them a second-hand printing press. Learn why it took nearly two years to start printing. Puzzle over why the U.S. missionaries unanimously voted to “cast out of the alphabet” the letters ‘B’ and ‘D’ in the Hawaiian language. Marvel at an 1838 copperplate engraving of Holden, Massachusetts, done by an almost entirely self-taught native Hawaiian engraver who had never left the islands. Finally, find out why so much of the earliest Hawaiian printing ended up in Worcester. 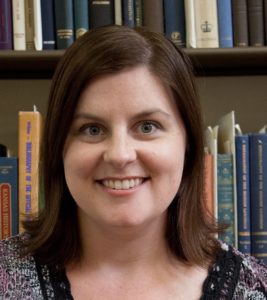 Elizabeth Watts Pope is the curator of books at the American Antiquarian Society, a national research library in Worcester, Massachusetts, that supports the study of early American history, literature, and culture through 1876. She has an M.A. in History from the University of Connecticut where she studied early American book history and worked in the archives. Her most recent presentations of her work on early Hawaiian printing were at academic conferences in Philadelphia and Paris. Perhaps the next presentation will be in Hawai‘i?

One thought on “Printing in Paradise: The Story of Early Printing in Hawai‘i (and Why Massachusetts Matters)”