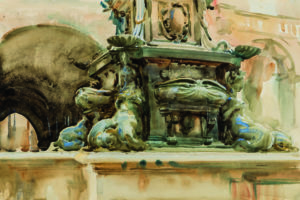 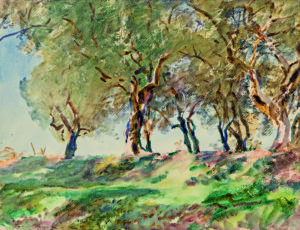 Trevor Fairbrother earned both his B.A. and his M.A. from Oxford University. He completed training at Sotheby’s London and then earned his Ph.D. from Boston University. From 1996 to 2001 he was the Seattle Art Museum´s Deputy Director of Art and Curator of Modern Art. He also served as Curator of Contemporary Art at the Museum of Fine Arts, Boston. A noted Sargent scholar, he is the author of John Singer Sargent: The Sensualist (2001), which accompanied an exhibition at the Seattle Art Museum on Sargent, and has recently contributed two essays on the artist to the exhibition catalogue John Singer Sargent (Nationalmuseum, Stockholm, 2018). His interview with Andy Warhol appeared in Arts Magazine in 1987, and he organized the exhibition Beuys and Warhol: The Artist as Shaman and Star for the Museum of Fine Arts, Boston, in 1991. His recent projects as an independent curator and scholar include the exhibition and book Family Ties: A Contemporary Perspective (2003) and an essay in Art in America on new photographic portraits by Gary Schneider.