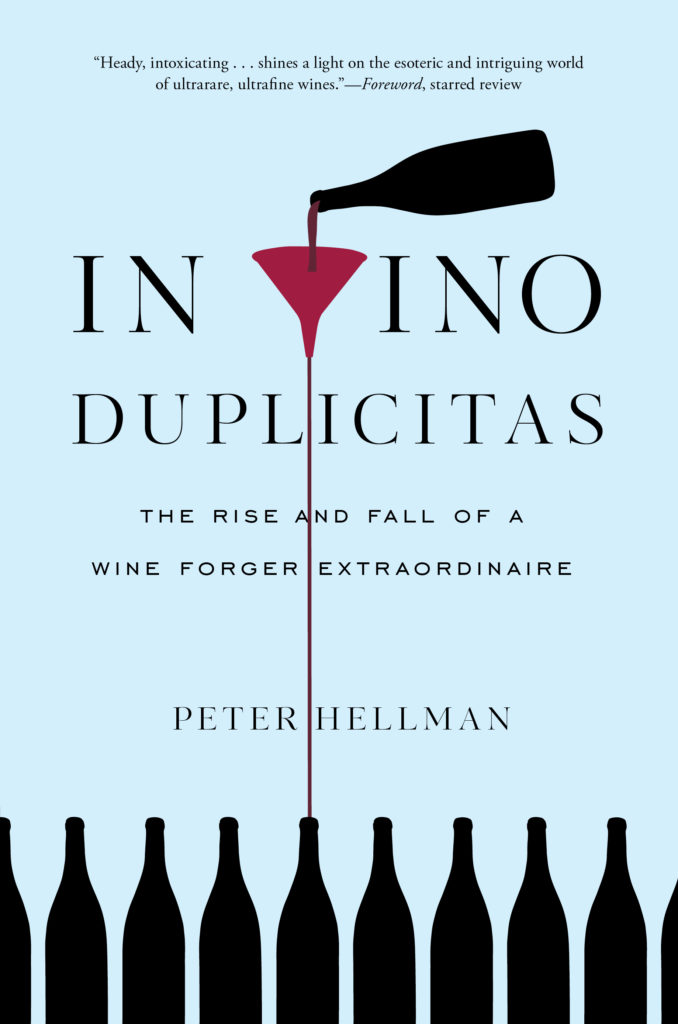 On Monday, September 25th at 6pm please join Skinner in welcoming our friend and author Peter Hellman for a reading, reception, and signing of his new book In Vino Duplicitas, The Rise and Fall of a Wine Forger Extraordinaire. Books are available for purchase at Harvard Book Store prior to and during the event.

The story of Rudy Kurniawan is an intricate behind the scenes true crime saga of wine forgery, elite tastings, renowned auction houses, and trade of the finest wines in the world. Weaved together as only it could by someone in the midst of it all, with a unique cast of real life characters, this is a story of the fundamental and human desire for acceptance in the often closed-door world of fine wine.

Praise for In Vino Duplicitas:

“Journalist Peter Hellman spent years following the strange saga of Rudy Kurniawan, who in 2013 was sentenced to 10 years in prison for selling untold millions of dollars in fake rare vintages. Hellman tells the phenomenal story of the mysterious fraudster in In Vino Duplicitas.”—Wine Enthusiast

“Peter Hellman led the way in reporting on Rudy Kurniawan’s monumental fraud, and he has written the book it deserves: tenaciously researched, propulsively told, and infused with earned wisdom about the wine world. I found it hard to put In Vino Duplicitas down and, like one of the authentically magical bottles the book describes, it will linger in your mind.”—Benjamin Wallace, author of The Billionaire’s Vinegar

Peter Hellman, a New York–based journalist and author for more than 40 years, has been a contributor to Wine Spectator for more than a decade. His work has also appeared in The New York Times, The Wall Street Journal, and New York magazine, and many others. His books include When Courage Was Stronger than Fear, Chief!, and Fifty Years After Kitty Genovese. He and his wife, Susan, live in New York City.