As a regular contributor to theJournal of the Print World I have had the opportunity to explore a broad range of topics of my choosing. These are often based on the works that we’ve offered here at Skinner:  some of the ones that I’ve found especially interesting. January’s  Journal of the Print World issue features several articles related to printmaking in China. On that theme, I’ve examined the career of ZaoWou-Ki, a Chinese artist who spent most of his career in France. He spent much of his life with one foot in the East and the other in the West, but for decades he felt that he belonged to neither.

Click here to read more about his fascinating life story. 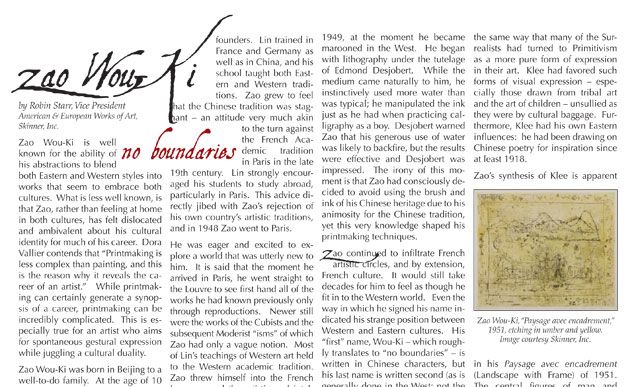