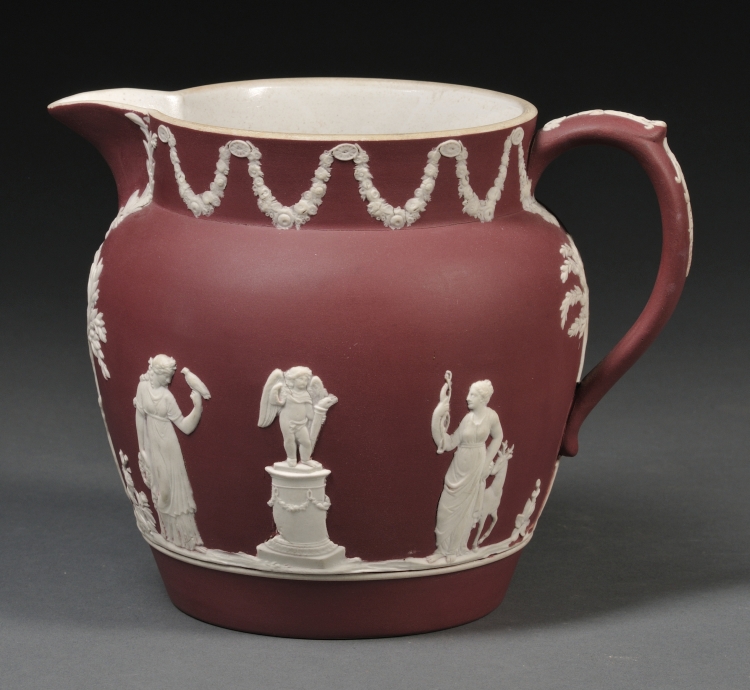 Wedgwood jasperware has been in production for well over two hundred years. In the manufacturing of jasper there are two primary categories: solid jaspers were turned or molded from a solid piece of colored clay; and jasper dips were made by dipping the typically white solid jasper body in colored clay to give the surface an entirely different appearance. In both varieties, Wedgwood’s typical classical subjects and foliate designs were applied in relief, often in a complimenting color or colors. With two, three, four and five color examples, the possible combinations of colors are nearly endless.

To a collector, this is where the journey begins.

Some Wedgwood collectors primarily collect a single color such as crimson, lilac, or black; others buy examples from the variety of colors manufactured. Jasperware collectors buy by form, by subject matter and by period. Pieces from the 18th century are especially popular. All of these different facets of jasperware collecting have helped Wedgwood remain especially competitive in the marketplace throughout the world.

Of course, this is an observation from the past, looking back at my over forty years working with Wedgwood collectors. The present as well as the future of collecting seems to be heading in a different direction. The number of Wedgwood collectors in general has diminished greatly over the past few decades, and fewer new, young collectors join the hunt for fine Wedgwood ceramics each year. Market competition appears to be entirely controlled by a few collectors who are now nearing the end of their collecting days. This has allowed jasperware and other collectible Wedgwood varieties to become more affordable.

Both 19th century jasper and jasperware manufactured until about 1930 are readily available on the open market, and at very competitive prices. There is something for everyone and every taste. Some color combinations have actually come down in value over the last 10 years, in particular those colors produced in large quantities over a long time period, such as the light blue and dark blue jaspers.

Whether your taste in Wedgwood jasper is a particular color or shape, or perhaps you’d like to start collecting the jasperwares, there are good reference books readily available, excellent Wedgwood societies through the United States and Australia, and auction houses like Skinner that specialize in the sale of Wedgwood. We feature Wedgwood in our Fine Ceramics auctions twice annually, in January and July. Happy Hunting! 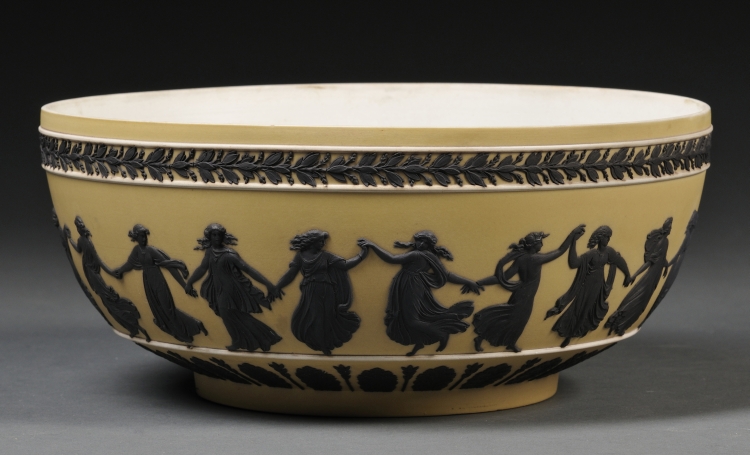 6 thoughts on “Wedgwood Jasperware: Now is the Time to Buy”