A trained draftsman, Wayne Morrell approved the creed of American Impressionism that a painting should be filled with light emphasizing ‘solidity of objects and transparency of shadow,’ without losing form. “A work of art,” said Morrell, “should appeal to both the intellect and the heart and soul of the artist.” 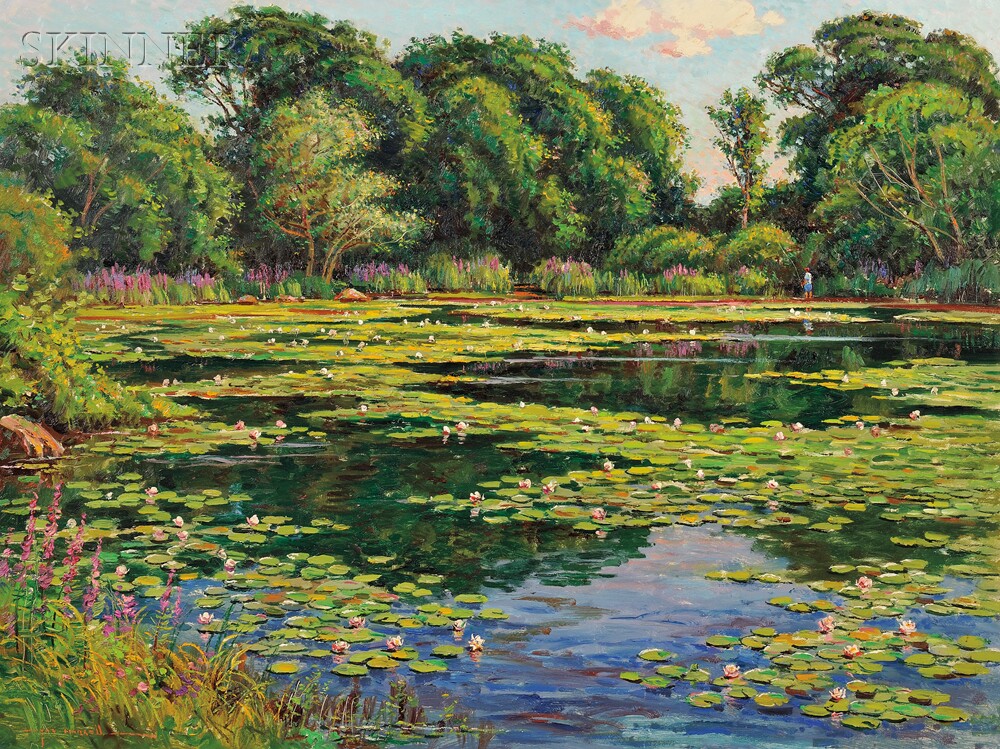 Despite having no formal fine arts education, Morrell was undaunted by the ambiance he found on moving to Rockport, MA. He lightened his earth toned palette and, inspired by the light and subject matter of Cape Ann, began painting lily ponds, flower gardens and the ubiquitous bright beach umbrellas of summer. He admired the work of Claude Monet, but his greatest inspiration came from “American genius, George Inness, who had a real yet spiritual interpretation of landscape that epitomized the recent artistic tradition of America….”

From Rockets to Lily Pads

New Jersey native Morrell came to an artistic career not through traditional fine arts training, but via the Philadelphia School of Industrial Art and Drexel University where he studied aeronautical design and mechanical drafting. He also worked for a time in the Camden, NJ, shipyards where his penchant for design was augmented while working on the complicated inner structure of the Kaiser-Frazier Liberty ships. With such a background, it was inevitable that Morrell would become a commercial artist specializing in printing, signage and mapping.

Morrell’s career was suspended briefly in 1948, when he was drafted into the U. S. Army. After serving four years he left in 1952 with both an honorable discharge and a new wife Lillian Major, a nurse he had met while recovering from surgery in the Army hospital. The two moved to Hartford, CT, where Morrell became Art Director of the John Oldham Studios, specializing in industrial exhibit design.

“My experience in drafting and aeronautics led me to create exhibits [using] aircraft free-forms and space diagrams,” Morrell explained in a January 4, 1994 interview with Gloucester Daily Times art reporter, Gail Mountain. “And my imagination allowed me to create early simulated exhibits of rockets landing on the moon for companies engaged in space research and aircraft development. His designs were used at World Air Fairs in Paris and Brussels from 1957-60.

However, while design work was interesting and the steady income welcome to support his growing family, Morrell found commercial art lacked satisfaction. Eventually the lure of nature became a call he could no longer resist.  In 1960, Morrell took a leap of faith, resigned his job and launched himself as a landscape painter.

The Artists of Rockport 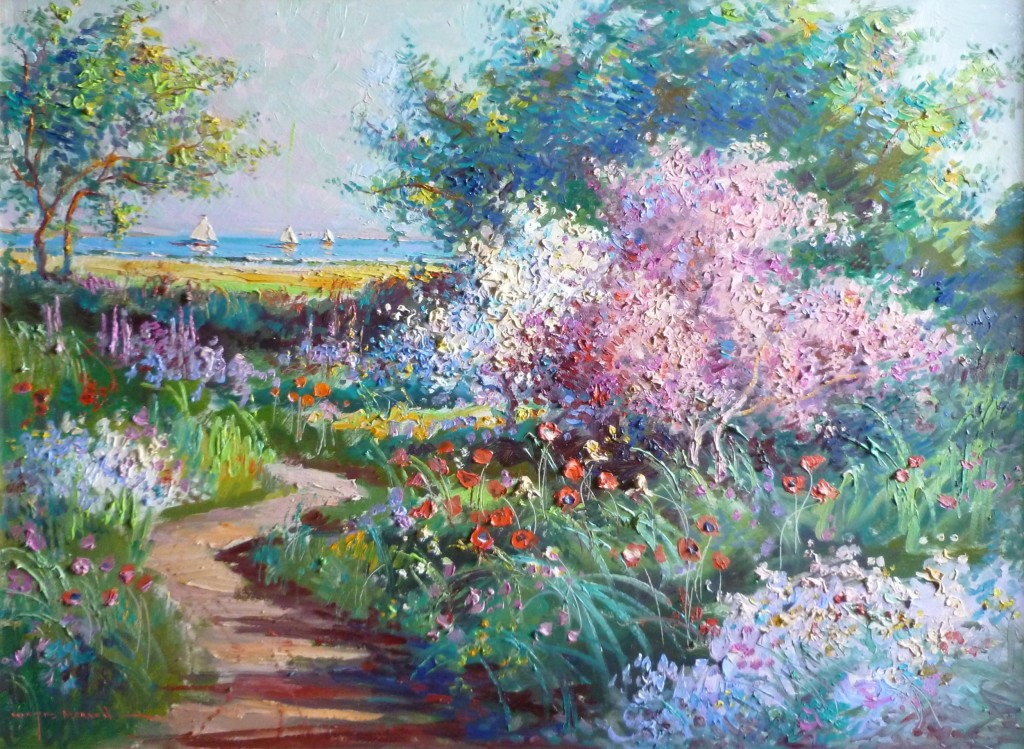 The diverse styles of these artists, epitomized in the RAA’s regular exhibitions, shows there is no one ‘Rockport’ style, simply individual interpretations of what the region has to offer. Wayne Morrell always remained true to his own ideals, seeking his muse in observations of nature where he found constant inspiration in ‘the physics of light, the botany of plants and trees, and the geometry of nature.’

Rockport Art Association is pleased to host this Memorial Exhibition as a tribute to a long standing member and a true artist, one who, according to Erwin S. Barrie, past director of Grand Central Galleries, “has the courage, taste and love of nature to do landscapes in the highest tradition of American Art.”