Beauport is one of my all time favorite historic houses. When I found out WGBH was kicking off Antiques Roadshow‘s Season 17 tour in Boston this year, I knew a segment on Beauport would be perfect, and they loved the idea. 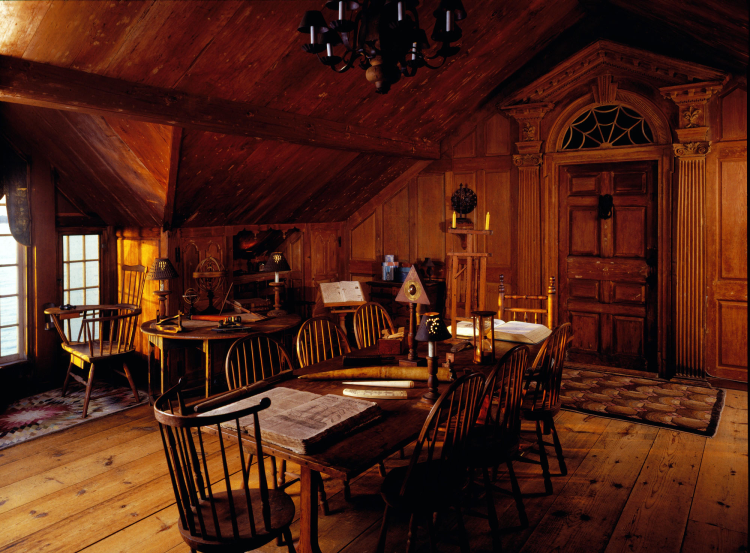 The Master Mariner's Room at Beauport

Beauport, a historic landmark on Eastern Point in Gloucester, Massachusetts, was the home of Henry Davis Sleeper. Sleeper exemplifies the passion of a veteran collector with his talent for creating a unique atmosphere. Even today, a century after he purchased Beauport, his ideas and arrangements are innovative, exciting, and inspiring to collectors and decorators.

In fact, Sleeper is recognized as being the first celebrity interior decorator. He was friendly with Henry Francis Du Pont, influenced early development of Winterthur in Delaware, and was close friends with Isabella Stewart Gardner. He bought Beauport in 1907; at that time it was a typical Queen Anne cottage. Over the next few decades, he increased the size of the house to 40 rooms and filled every room with fascinating arrangements of his collections.

Themed rooms reference American history and literature. The Mariner’s room, where we started filming, contains artifacts from the whaling industry. The room was inspired by the rediscovery of Herman Melville’s masterpiece Moby Dick in the late 20s and early 30s. That room includes ship’s whaling logs, sextants, scrimshaw, and polychrome folk art carvings.

Behind the Scenes with Mark L. Walberg 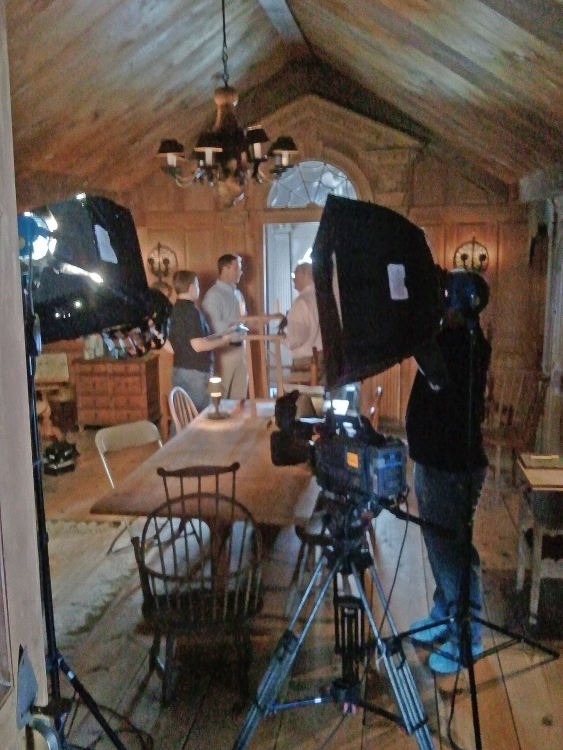 We arrived in Beauport on a beautiful, warm, sunny day. I was impressed by the level of professionalism and expertise demonstrated by the crew of Antiques Roadshow, and I enjoyed working with Mark Walberg. Although we did have an outline, we didn’t memorize lines; we had an impromptu conversation. Still, it took about five hours of filming for what will amount to probably three to four minutes of material.

We would finish taping a segment, and Sarah Elliott, the segment producer, would say, “That was perfect, wonderful, fantastic. Do it again!” So we’d run through it again, and then she’d say, “One more time.” It will be very interesting to see what their skillful editors come up with for the final show.

All the while, the crew had to maneuver through rooms crammed with objects. They also had to eliminate the natural light from the outside and set up their own lighting effects. Nancy Carlisle, curator of Historic New England, and Pilar Garro, The Beauport Site Manager, kept a watchful eye over us. I appreciated their generosity in opening up the home to us.

The whole Beauport house is a living, breathing fantasy. It’s my hope that this segment on the Antiques Roadshow will inspire people from all over the country to visit Beauport and enjoy a unique experience that will endure.