Discovery auctions at Skinner are eclectic. Among the antique furniture, estate jewelry, silver, and collectibles, you’ll always find a wide a variety of Victoriana: materials produced during the Victorian period (1837-1901) that reflect the design ethos of the time. 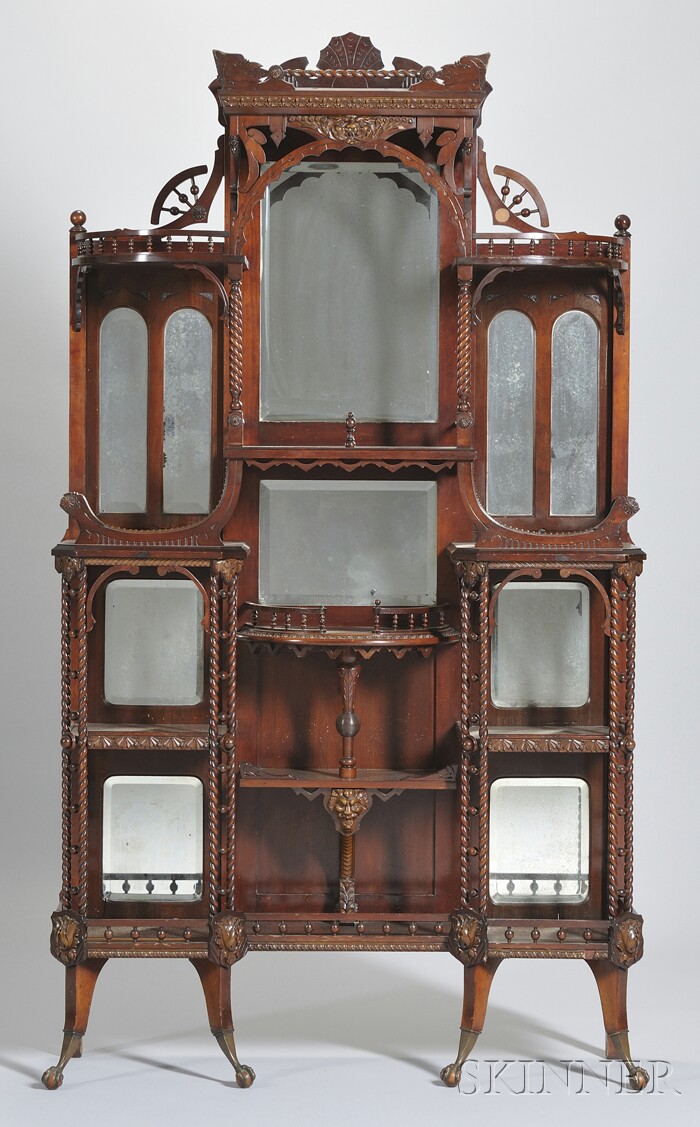 This time period in America was one of great technological advancement and social change. The economy shifted away from land ownership and farms toward trade and manufacturing. Workers flocked to cities, where factories utilized techniques such as steam bending, lathe-turning, electroplating, and band sawing to churn out a seemingly endless variety of goods. Molded chair frames, barley-twist spindles, elaborate silver plated wares and intricate fret-carved woodwork all became available to the rising middle class at an affordable cost.

One of the styles of Victoriana that I enjoy the most is the Aesthetic movement, which began in the late 1860s as an intellectual rally against the industrial revolution. Designers looked to exotic and historical sources for inspiration, and Japanese art especially had a strong influence. The movement gained popularity at the Philadelphia Centennial Exposition of 1876, which displayed art objects from a variety of countries and periods.

By the 1880s in America, the Aesthetic movement had become an opportunity for manufacturers to employ naturalistic and often Japanese-inspired motifs economically through manufacturing techniques.  Designs were stylized, cast, molded or often chip-carved, providing lots of detail to admire without much labor cost.  The result was a variety of items, from étagères to pickle casters.

These examples of Victoriana were popular in the September 2011 Discovery auction in Massachusetts.

3 thoughts on “The Market for Victoriana: A Variety of Affordable Antiques”