With looks of fierce determination on their faces, two boxers take a firm stance and raise their arms in defense, ready to fight. However, they will never lunge towards each other. Despite their rippling muscles and expressions of strength, these two men are in fact seven- foot-tall statues. 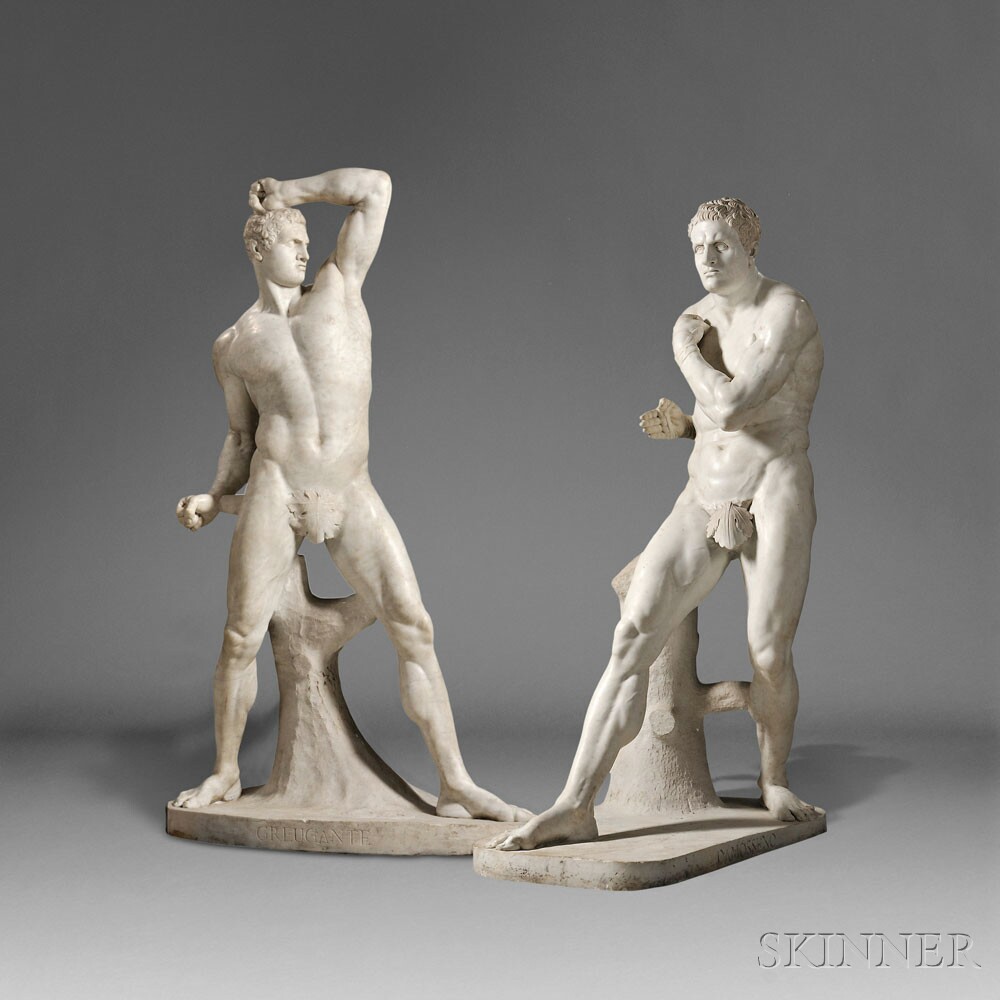 This pair of larger-than-life Carrara marble figures of boxers, known as pugilists, will be available in the European Furniture and Decorative Arts Auction at the Skinner Boston Gallery on July 19, 2014. They are carved after the neoclassical sculptor Antonio Canova, whose original figures are in the Vatican Museum’s collection in Vatican City, Italy.  Although other reproductions of the pugilists exist, including several notable large-scale copies, these examples are truly exceptional: over seven feet tall, they loom above the viewer, commanding attention with their energetic poses and impressive musculature. The dramatic tension in their poses and the excellence of the workmanship make them an ideal decoration for a variety of settings. Italian designer Gianni Versace owned a pair of plaster casts of the pugilists and displayed them at Villa Fontanelle, his Italian home on Lake Como.  The boxers added Versace’s signature extravagance to a décor sympathetically furnished in the Neoclassical and Empire styles. However, they would have been equally at home in Versace’s Miami Beach mansion. The plaster boxers would have been the perfect complement to the famed mosaic-tiled pool, adding an interesting mix of aesthetics. As a testament to their importance, Versace’s pugilists sold for $605,250 when the contents of the villa went up for auction in 2009. 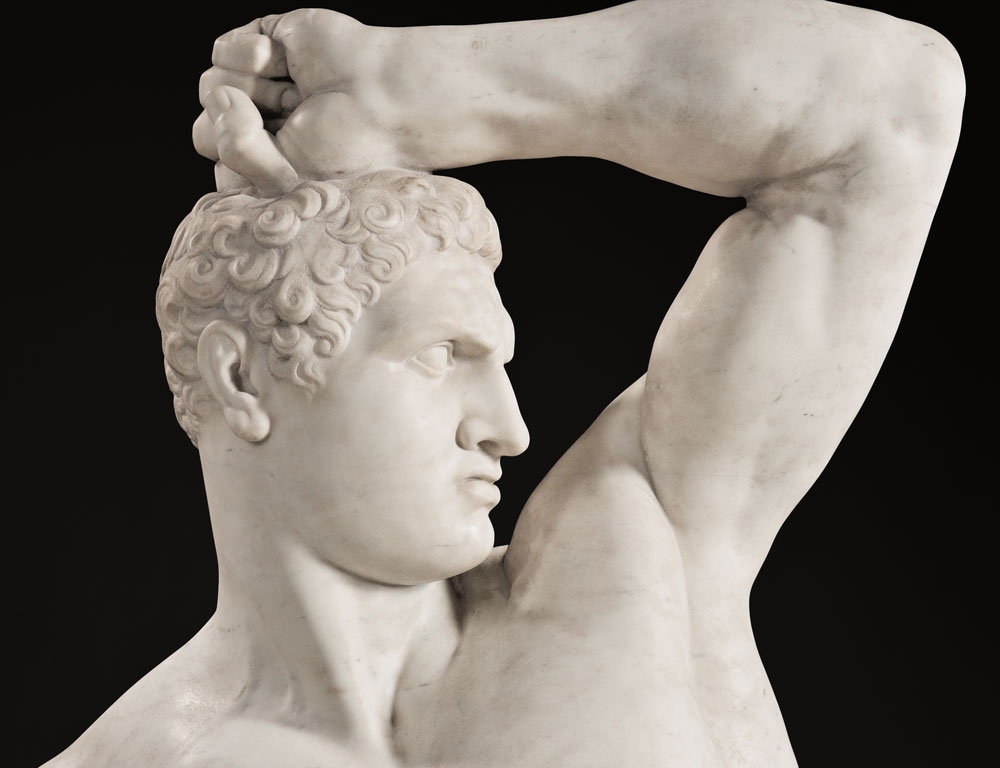 Their subject matter and celebration of the ideal male form also make the pugilists perfectly suited for a sporting environment.  The Olympic Club, America’s oldest athletic club, displays a marble pair outside the entrance to their downtown San Francisco location.  Similarly, early in the 20th century, Stanford University displayed another pair of the figures in one of their campus gymnasiums.  What good motivation to push yourself a little harder during your workout!

The pugilists certainly make a bold statement.  The figures’ size coupled with their dynamic stances require a grand environment.  Beyond that, they are surprisingly versatile. They are suited to décor that mirrors their 19th century aesthetic; the sculptures play well with Regency, Empire, or neoclassical interiors.  A less expected choice would be to place them in more modern space.  Imagine how striking they would look against a Mies van der Rohe-style austere interior dominated by marble, chrome, and leather.  At the same time, I’d love to see how contemporary designer Kelly Wearstler would incorporate them into one of her theatrical interiors, especially for a restaurant or hotel.  What about you, where would you display this pair of seven-foot-tall marble statues?

See the statues in person at the Skinner Marlborough gallery. Arrange an appointment with a department specialist at 508-970-3203 or european@skinnerinc.com. The main auction preview takes place in Boston, July 17 and 18, 2014, and is open to the public.

2 thoughts on “The Pugilists: Marble Statues After Antonio Canova Square Off”