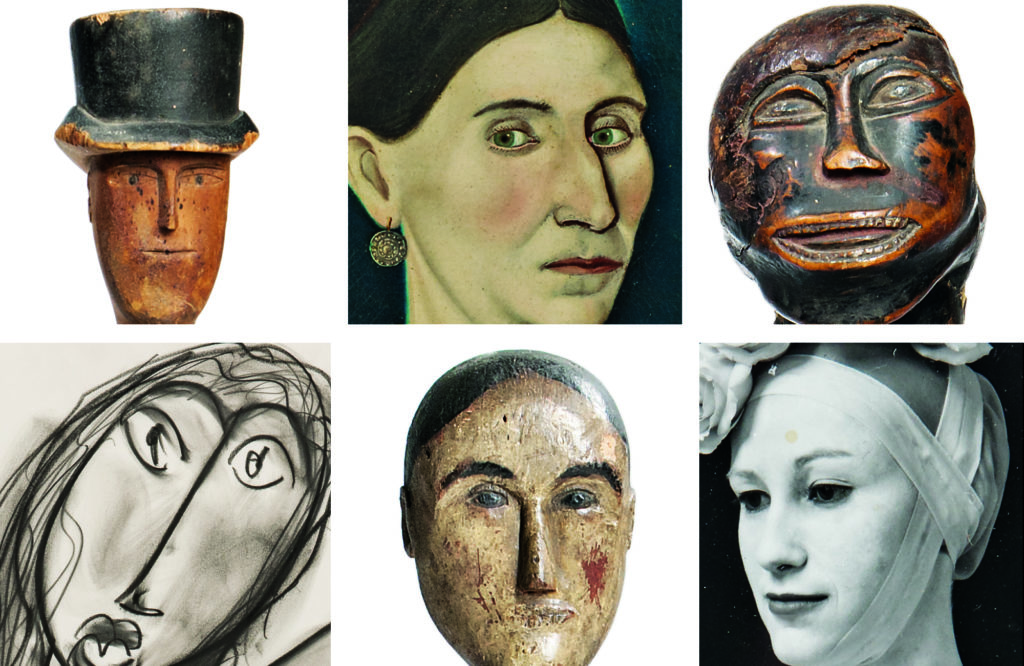 Skinner thanks Frank Maresca, co-founder of the Ricco/Maresca Gallery in New York City for penning an introduction to the catalog for the Marvill Collection featured in the November 3 American Furniture & Decorative Arts auction.

If I had to choose one word to describe Mickey and Jill Baten in their lifelong commitment to collecting art, it would be “fearless.” It is a word that not only implies the lack of fear but, more significantly, the presence of courage; a willingness to venture into the unknown with one’s own instinct and conviction as guides. The collection that the Batens built is without rival in the world: from museum-quality examples of the great American self-taught painters of the 19th century, to world-class 18th and early-19th century furniture, to the finest collection of anonymous/artist unknown sculpture that has ever been assembled.

In 1976 I attended Folk Sculpture U.S.A. at the Brooklyn Museum. The objects presented there radiated the same power of great tribal art. As I walked through the exhibition, over and over again I came across the “Marvills.” Who were they? As I later found out, they were Marvin (Mickey) and Jill Baten. That day was the start of my 30 plus-year journey in pursuit of blurring the lines between mainstream and vernacular art, of creating a path for objects and artists overlooked in art history books to cross over into the modern and contemporary art arenas. 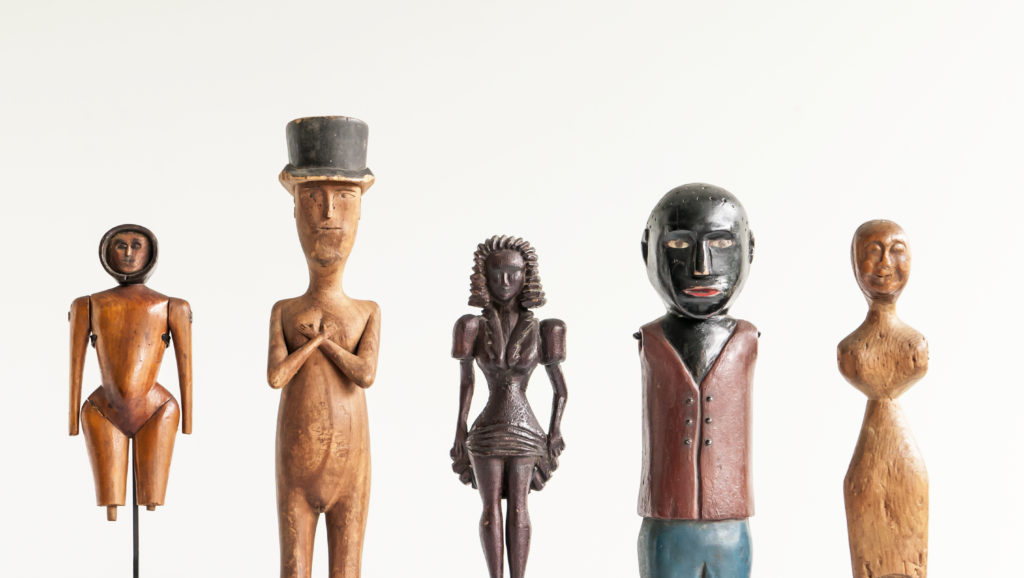 Today, the world is giving unprecedented attention to self-taught, outsider, and folk art—three distinct categories that are often grouped under the catch-all label of outsider art. Just recently, Outliers and American Vanguard Art, curated by Lynne Cooke, opened at the National Gallery of Art (later traveling to the High Museum of Art and then to the Los Angeles County Museum), and another exhibition, History Refused to Die: Highlights from the Souls Grown Deep Foundation Gift was on view at The Metropolitan Museum of Art. What these two high profile events have in common, apart from the obvious, is that they were curated around “names.” Museums, the media, and the public at large like to attach “names” to things—this is directly related to the marketplace and the status of art as a commodity—think of the rise of William Edmonson, William Hawkins, Bill Traylor, Thornton Dial, Henry Darger, and Martín Ramírez.

It happens too often that the acquisition of art is based on commodification rather than appreciation, desire, and the revelation that is bringing an object into one’s life. The early pioneers who collected this material understood this revelation: Abby Aldrich Rockefeller and Maxim Karolik, for example, and the institutions that mounted groundbreaking exhibitions: MoMa with American Folk Art: The Art of the Common Man in America, 1750–1900 in 1932, the Whitney Museum, and the American Folk Art Museum in New York City—which owns important works from the Herbert Hemphill collection, one of the great early collections of anonymous material. The Batens, who bought their first pieces from now legendary dealers such as James Kronan, Ed Fuller, and Gerald Kornblau, come from this lineage of fearless people focused on the art above all else, particularly the speculations of the marketplace.

The sculpture that the Batens collected comes from folk traditions, but it relates to tribal art in its raw formal strength and in the fact that it is produced in contexts where authorship is often lost. Folk art, however, emerges from personal rather than tribal rituals, and the objects that remain embody the intimate and unique conviction of their creators. This is the essence of the Marvill Collection: power, magic, mystery, and design.